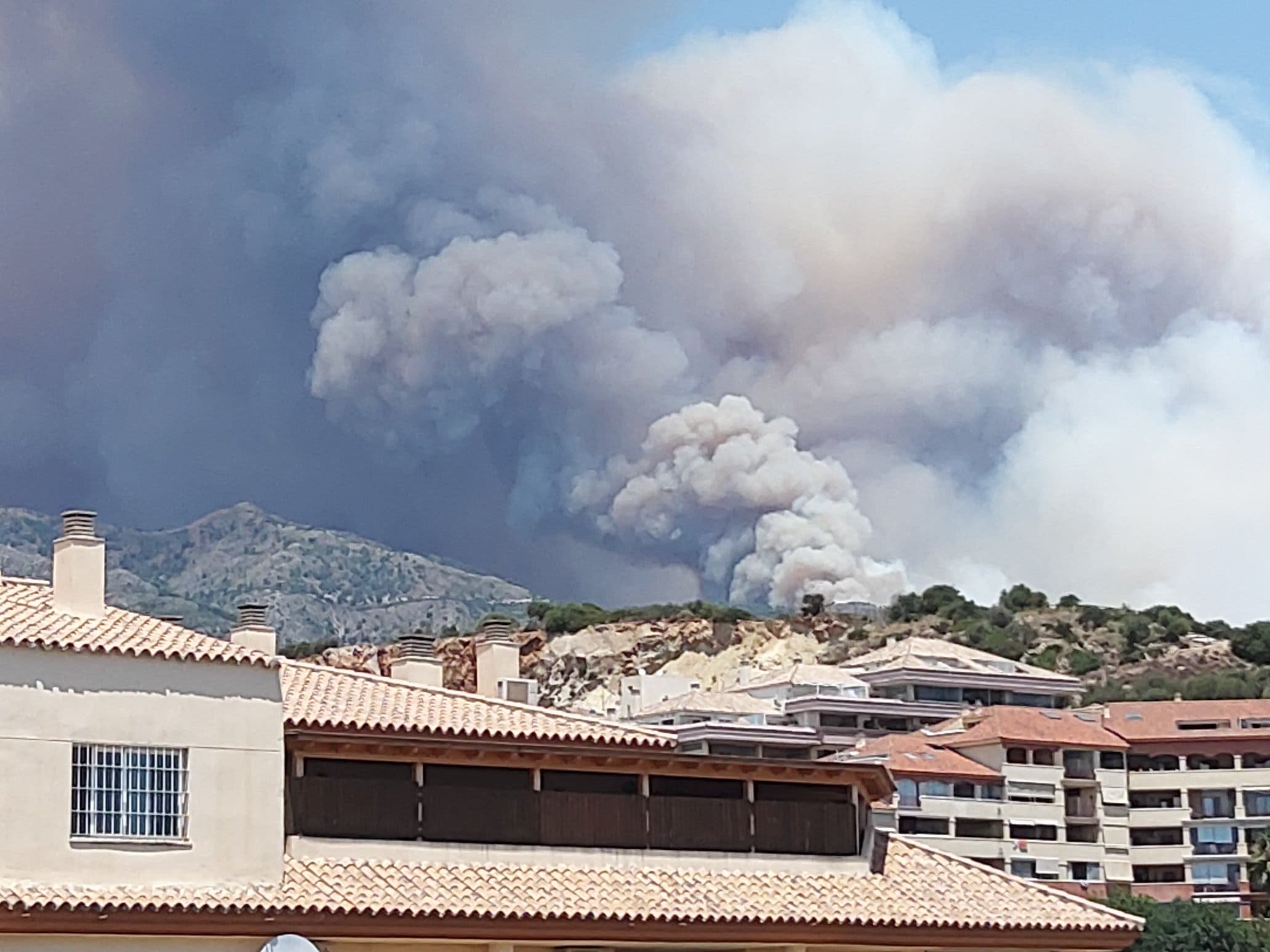 A huge fire has ignited in Mijas, Andalucia, with a massive team currently fighting the blaze.

Some 1,000 people have been evacuated from Alhaurin de la Torre and Alhaurin el Grande in the areas near Lauro Golf.

This area is on the other side of the Sierra de Mijas which seperates the towns from the coast.

Spanish body fighter INFOCA has issued a warning about the blaze, which is the latest of several forest fires that have started in Andalucia in the past month.

Delegate of the government of the Junta de Andalucia, Carmen Casero, has activated ‘plan 1’ of the fire, which puts all local units on standby and national representatives on high alert.

Meanwhile there is another fire in southern Spain, Cadiz where four helicopters and eight groups of firefighters are trying to control the blaze.

While INFOCA also said that today as of 8:20 this morning, a fire located in Malaga was under control.

According to INFOCA, 34 firefighters have worked to extinguish the fire.