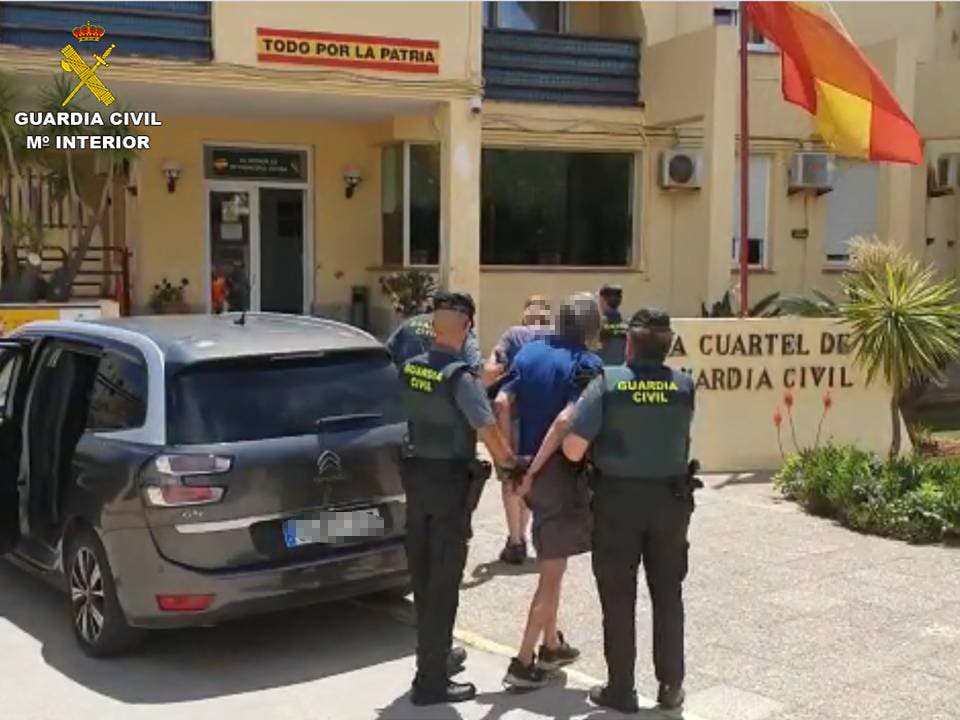 FIVE British and Spanish squatters have been arrested by the Guardia Civil in Javea.

The owner of the family-sized property complained that a group had just broken into the home and were occupying it.

Guardia Civil and Javea Policia Local went in to apprehend them before they got fully settled in.

They were four British and Spanish men aged between 38 and 57, and a 42-year-old British woman.

The squatters were arrested for breaking and entering, robbery, and causing damage.

The group offered no resistance to the officers.

Some of them had extensive police records for property crime.

One detainee had an outstanding arrest warrant issued by an Elda court for driving violations.