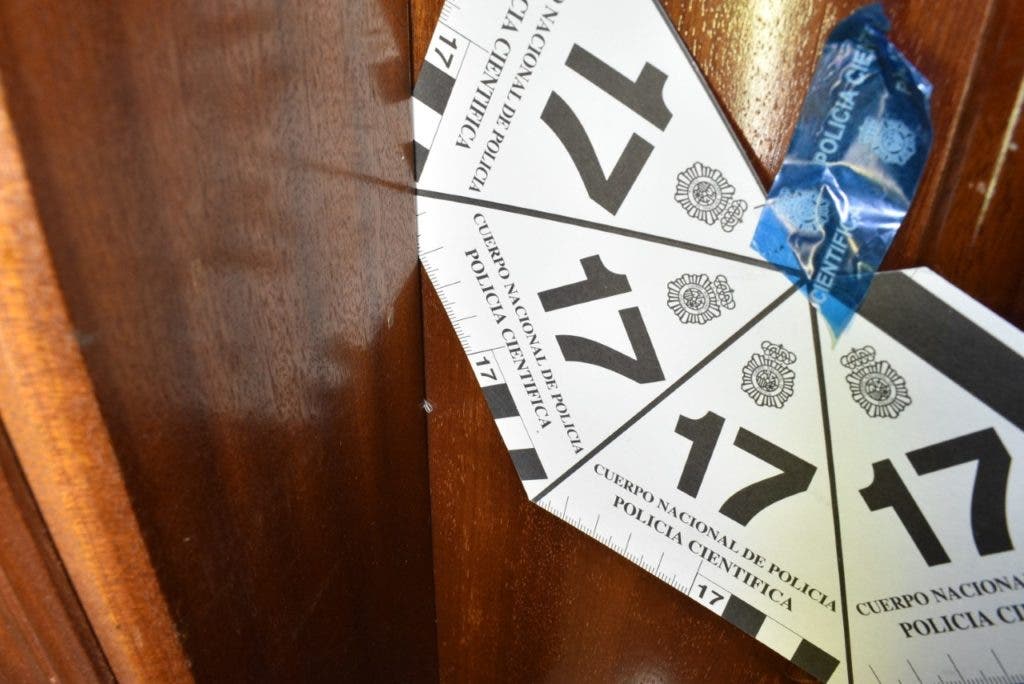 The four-strong Georgian crew was tracked by the Policia Nacional in a surveillance operation.

If the tape was still there a few days later, it meant the property was empty with no occupants to concern the robbers during a break-in.

The thieves, aged 37 to 59, drove one night from Torrevieja to Elche and were arrested leaving a building they had just robbed.

Several bags containing stolen loot like jewellery, watches and cash were seized along with tools to force door locks.

The Policia Nacional says people should regularly check doors and locks for any suspicious markings that might act as a code for potential burglars.