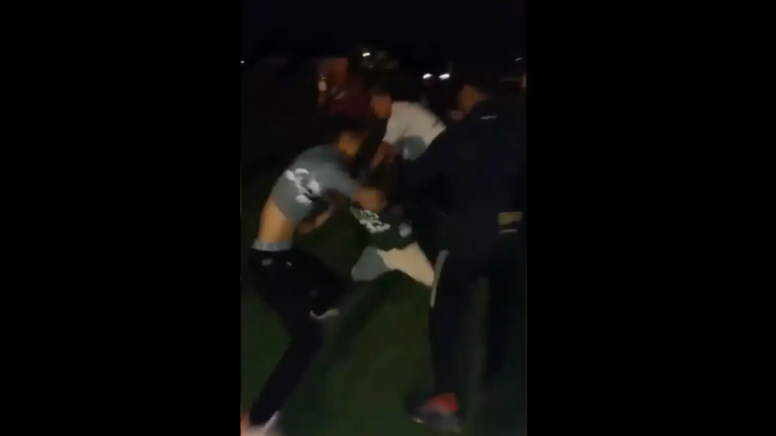 THE devastated family of a young man savagely beaten by a gang of 12 has spoken out about their heartache.

Their 23-year-old son was left in critical condition after the attack shortly before 3am on Sunday in the Basque Country.

The gang of out-of-control teen thugs videoed themselves as they assaulted the man in the town of Amorebieta.

Police said the victim was kicked, pushed and brutally assaulted with bottles as other bullies used their mobile phones to film the ordeal.

Now his father Eugenio has shared details of the surgery that his son underwent to save his life.

He said that his son is in a ‘very serious’ condition with a family friend adding that he is ‘torn between life and death’.

The young victim is currently in an induced coma at Cruces hospital with severe skull damage and an inflamed cerebellum.

His heartbroken father said: “If he does not recover this week they will disconnect him from the device”

Emotional, he added: “Why did they hit him on the head?”

So far, eight members of a youth gang called ‘Los Hermanos Koala’ have been arrested for the attack, including five minors.

Footage of the brutal assault has circulated social networks.

Others can be heard saying ‘leave him now, you’re going to kill him’.