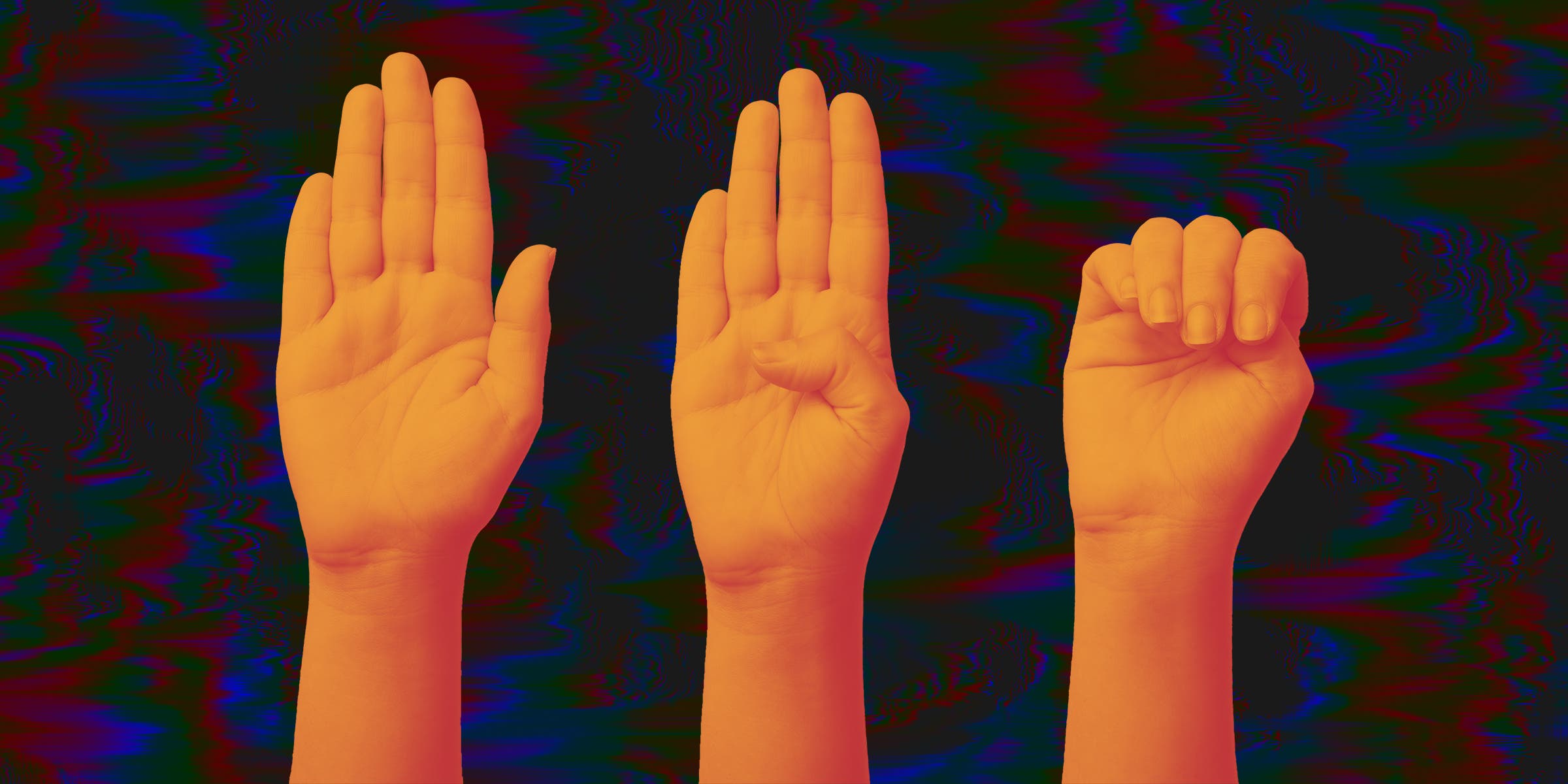 GUARDIA Civil officers have arrested a man after his wife gave them a hand signal that she was a victim of domestic abuse.

The couple, along with their child, were stopped last Tuesday evening at a Guardia checkpoint in Caceres, Extremadura.

The man was driving the vehicle and as routine identification check took place, the woman signalled the officers.

The gesture involves holding one hand up as if waving, tucking the thumb into the palm and folding the four other fingers on top of the thumb.

The Guardia officers asked her to get out of the car for a private conversation, which they had in the safety of their van.

She told them that her husband had been threatening her and his behaviour had become increasingly violent.

That included grabbing her by the neck on several occasions a few days earlier.

An additional Guardia patrol was called to the checkpoint and they arrested him.

Last week, a man was arrested in Barcelona after his partner flashed the same hand sign to staff in a health centre.

The ‘Signal for Help’ was created by the Canadian Women’s Foundation during the COVID-19 lockdowns.

The foundation envisioned the sign as a silent way to ask for help over video calls, given that abusers could hear or monitor conversations.

The hand signal went viral on social media and has become a way to signify domestic abuse as well as making a general plea for help.