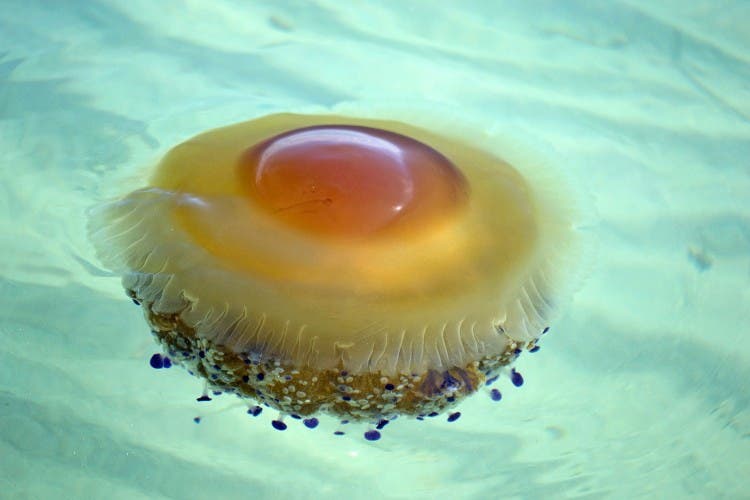 AN extraordinary jellyfish has been spotted off the coast of Formentera.

The Cotylorhiza tuberculata, commonly referred to as the ‘fried egg jellyfish’ (for obvious reasons) or Mediterranean jellyfish, was seen bobbing around Migjorn beach by a family holidaying in the Balearics over the weekend.

The species literally looks like an egg cracked into water and can reach up to 35cm in diameter, usually found in shallow depths not exceeding 50 metres.

With their alien-like appearance, jellyfish are notorious for their ability to sting, but this specimen is relatively harmless to both humans and fish which are often seen darting in and out of the jelly mass.

Despite its preference for spending most of its time motionless, it can swim actively thanks to its smooth rounded bell at the top which pulses as it moves.