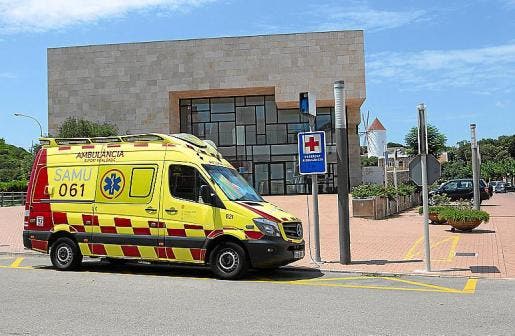 THE wife of multi-millionaire water company chief has died suddenly ‘of natural causes’ while on holiday at a luxury villa on the Spanish island of Menorca.

Elsie Mogford, 37, a mother of two boys, died on Tuesday after being rushed to hospital by ambulance after she was taken ill while holidaying in a luxury villa in the south of the island.

A civil registrar at the office in Mahon told the Olive Press that the “death was not suspicious and was from natural causes”.

The official said the family had called an ambulance after she was taken ill at a villa the family have on the coast outside San Lluis but doctors were unable to save her and she died in hospital on Tuesday.

She had been married for two years to Steve Mogford, 65, who is the chief executive of North West water company United Utilities.

She was a keen horsewoman and leaves behind two sons, aged 15 and 11, from a previous marriage while Mogford has two daughters with his first wife.

A statement was released on behalf of the family which said: “The family of Elsie Mogford announce her death, in hospital in Menorca, on Tuesday, August 24.”

“Elsie was a wonderful, wife, mother, daughter, sister and friend and she will be greatly missed by those who knew and loved her.”

Elsie had shared a number of pictures from her Menorca holiday on social media before her death, including snaps of her sunbathing on the deck of a yacht.