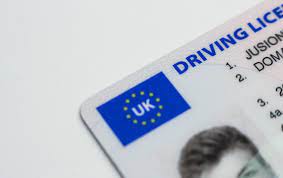 THE BRITISH embassy on Friday provided more information about how driving licence exchange will work once an agreement between Spain and the UK has finally been reached post-Brexit. Among the steps UK licence holders resident in Spain will have to take are a ‘psychophysical aptitude test’ and in some cases a ‘brief interview with a doctor’.

The latest update from the embassy, which was shared on its social media accounts, comes in the wake of an announcement by ambassador Hugh Elliott on November 18 that the ‘two outstanding complex issues’ that were still being negotiated between the two countries had been resolved.

‘We’ll now take forward the remaining steps including legal checks, securing ministerial approval on both sides – which for Spain, is by the Consejo de Ministros, the Spanish Cabinet – and the necessary treaty processes and formal exchanges,’ he said in the brief recording.

The ambassador did not, however, offer a time frame for how long this would take, leaving desperate residents of Spain facing Christmas without being able to legally get on the road.

Since May 1, residents in Spain who hold a UK licence have been unable to legally take to the roads while the two countries continued to hammer out post-Brexit arrangements.

The update released on Friday still could not offer a date for when the process will be complete, but it stated that ‘both the legal and political approvals are underway’.

Once the agreement is published in the Spanish state bulletin, known as the BOE, ‘you will be able to drive for six months on your valid UK licence, during which time you will need to exchange it for a Spanish one to be able to continue driving,’ the message reads.

‘After that six months, you will no longer be able to drive on your UK licence, but will be able to continue to exchange it for a Spanish one,’ it states.

The statement also explains that UK licence holders will have to take a ‘psicotecnico’ test, or a psychophysical aptitude test.

This, the text continues, is ‘a short test to check your eyesight and reactions. You may also have a brief interview with a doctor. You will need a certificate showing you have passed the test in order to exchange your licence.’

The statement did not explain the circumstances under which licence holdeers would have to speak to a doctor.

The embassy also supplied a list of providers for the aptitude test, which can be found by following this link.

The statement also makes clear that any valid UK car (category B) licence can be exchanged, adding that the embassy expects ‘that many other licence categories can be exchanged too, including mopeds and motorcycles. Further details of all categories will be available when the agreement is published.’

There may, however, be an issue depending on where the driving licence was originally obtained. ‘You should be able to exchange a UK licence obtained as a result of exchange with a third country as long as Spain also has a driving licence exchange agreement with that country,’ the statement explains.

The example cited by the embassy is Australia: i.e. someone who took their driving test in Australia and converted an Australian licence to a UK one when they lived there.

‘Spain does not have an exchange agreement with Australia, so you would not be able to exchange it if your licence was originally granted there,’ the text reads.