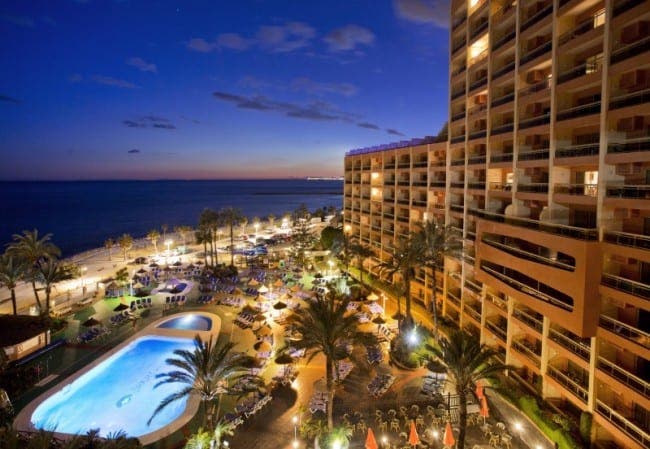 THE prestigious Sunset Beach Club on the Costa del Sol has been selected as the Official Hotel Partner for the eagerly awaited new European Cricket Championship (ECC), which launches in September at the Cartama Oval in Malaga, Spain.

Sunset Beach Club Hotel boasts a magnificent location right on the water’s edge and Malaga international airport is a mere 20 minutes’ away. After watching the cricket, fans can chill by the pool, sunbathe or relax under the shadow of an umbrella.

Mark Wardell, General Manager at Sunset Beach Club, said: “The European Cricket Championship is a fantastic new initiative, and we’re thrilled to be playing such an important part in helping to launch such an exciting project.

“We cannot wait to welcome fans to Sunset Beach Club. The facilities we can offer our guests are on a par with some of the best in the world and partnering with this new competition will give us the opportunity to showcase our resort to a truly global audience.”

Broadcast to a worldwide audience, the European Cricket Championship – ECC21 – is a month-long national team tournament including representative sides from England, Scotland and the Netherlands. Featuring almost 100 games in September and October, 15 national teams will contest the inaugural 2021 edition.

The competition will be intense for the European Cricket Championship crown at the picturesque Cartama Oval, Malaga, Spain.