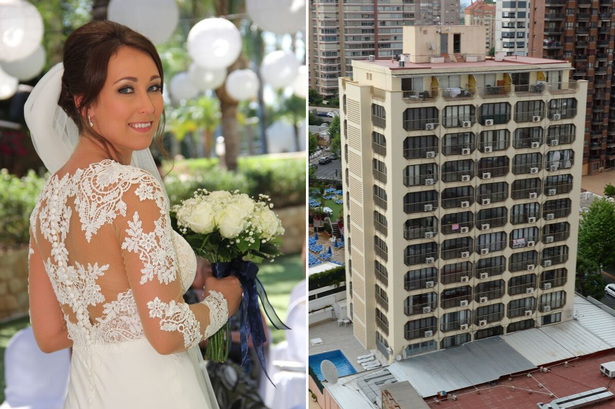 THE family of a British woman who died after falling from a Benidorm hotel said they ‘set a place at the table’ for her as they endured their fifth Christmas without her.

Kirsty Maxwell fell to her death on April 2017 after plummeting from the 10th floor apartment occupied by five men from Nottingham while on a hen party with her best friends in Spain.

Spanish police believe Kirsty, from Livingston in Scotland, jumped from the balcony at Apartamentos Payma and a judge ruled there was ‘no evidence’  the men were involved in her tragic death.

But Kirsty’s family have long pressed for further probes into their late daughter’s shock fall.

And now as they grieve their fifth year celebrating Christmas without Kirsty, the family revealed that they will continue to set a place at the table for her as their ‘fight for answers’ goes on.

In a statement they said: “We will set a place, as always, at the table for Kirsty, to honour and remember the beautiful girl we cherish and love.

“We are always mindful of the support we get from families, friends and the public and, with that in mind, we hope this Christmas brings a comforting, happy time for everyone.

“Wishing everyone a peaceful Christmas and a heartfelt new year.”

The statement continued: “We continue to fight for answers and, with the help of our Spanish legal team and experts, we work hard to get these answers and the truth on how and why Kirsty was killed.

“The Spanish media have long coined this killing as a riddle.

“We have strived to present the missing pieces of this riddle, if only the Spanish judiciary would accept our presentations and findings, then this puzzle would be solved.

“Kirsty is not here to speak so we must be her voice.

“This pandemic has gone on longer than anyone expected and through the Kirsty Maxwell charity we launched in February 2020 has been able to assist those families who so sadly found themselves in a similar position to ourselves.

“Again, it means a lot to us that people care, thank you.”