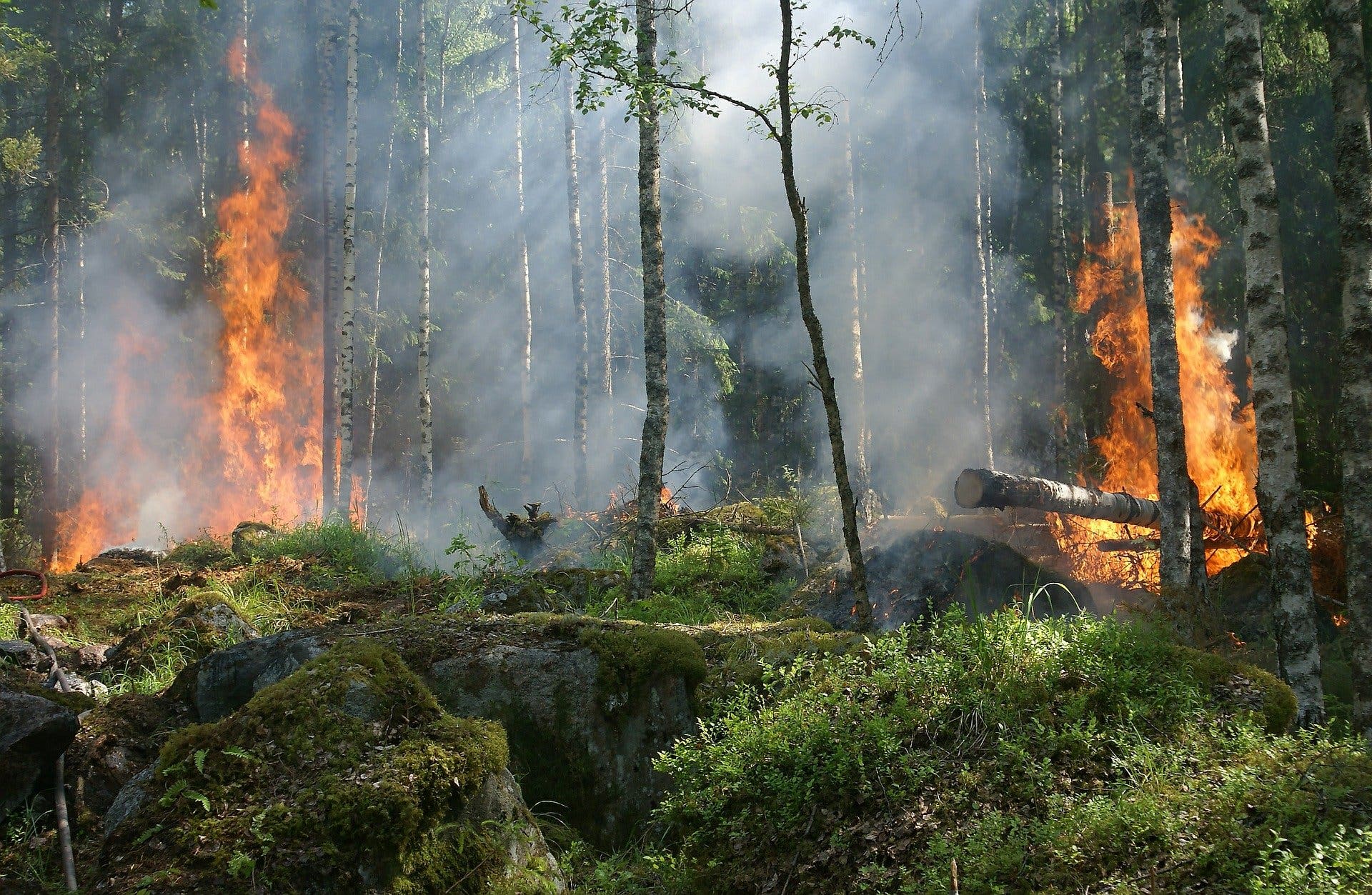 SPANISH firefighters have spent four days battling a blaze in Navalacruz, a rural area west of Madrid in the Avila province of Castilla y Leon.

It has so far devastated at least 15,000 hectares of land after it was sparked when a car burst into flames on a highway on Saturday afternoon in the grip of a heatwave.

Fuelled by dry wind, low humidity and soaring temperatures to create tinderbox conditions, the blaze forced the evacuation of around 1,000 residents from the villages of Sotalbo, Villaviciosa and Robledillo.

Around 1,000 firefighters, including 140 emergency military personnel and water-carrying aircraft have been deployed to extinguish the wildfire.

Footage showed the extent of the devastation which threatens to make this blaze the worst in Spain for almost a decade.

A blaze that broke out in June, 2012 in the Corte de Pallas area of Valencia destroyed 30,000 hectares and is considered the worst in recent history.