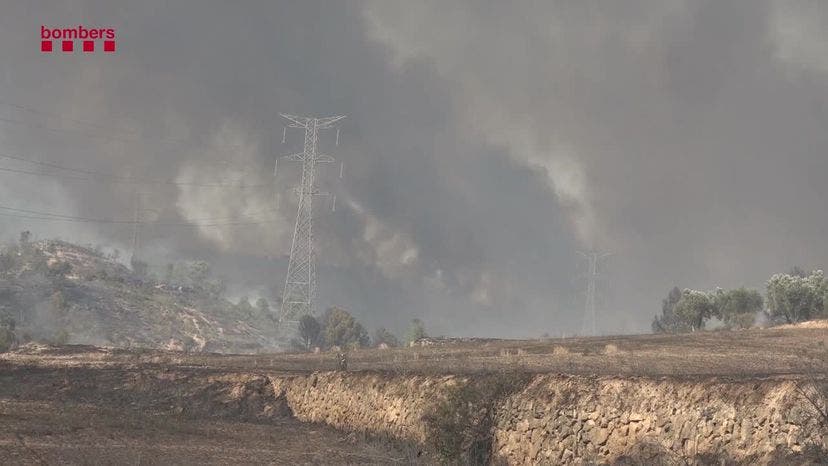 HUNDREDS of people have been evacuated to escape raging forest fires in Tarragona.

More than 100 homes were deserted after 106 residents were ordered to leave the town of Santa Coloma de Queralt.

The mayor said an investigation has been launched to determine the source of the fire.

Ramón Mullerat said that enquiries are ongoing to determine whether the blaze, which broke out on Saturday morning, was started by a cigarette butt or a spark from the car.

Mullerat said there ‘was little more optimism today’ as firefighters managed to contain 80% of the flames.

He said over 100 firefighters are using some 12 water-carrying planes and helicopters to try and put out the three-day-old blaze that has affected some 1,300 hectares of land.

Smaller fires are also raging on nearby in Tarragona, Albacete and Huelva.