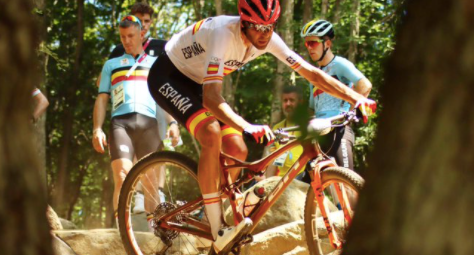 A JUBILANT David Valero wept tears of joy today after winning his first ever Olympic medal.

The 32-year-old cyclist stunned fans as he defined the odds to snag third place in the Men’s Cross Country Mountain Biking.

The cyclist from Gaza went from being the 22nd to fighting for the bronze in the final lap.

He said prior to this morning’s race that he wanted to ‘defend the colours of Spain’ and broke down after releasing he had achieved his Olympic dream.

His Olympic title is the second triumph for Team Spain at the games.

The PM Pedro Sánchez tweeted: “A bronze that tastes like gold to us after an epic comeback. Second medal for Spain in these # Tokyo2020 Olympic Games in the Mountain Bike event.”

This is how much Spain will pay their Olympic gold medalists