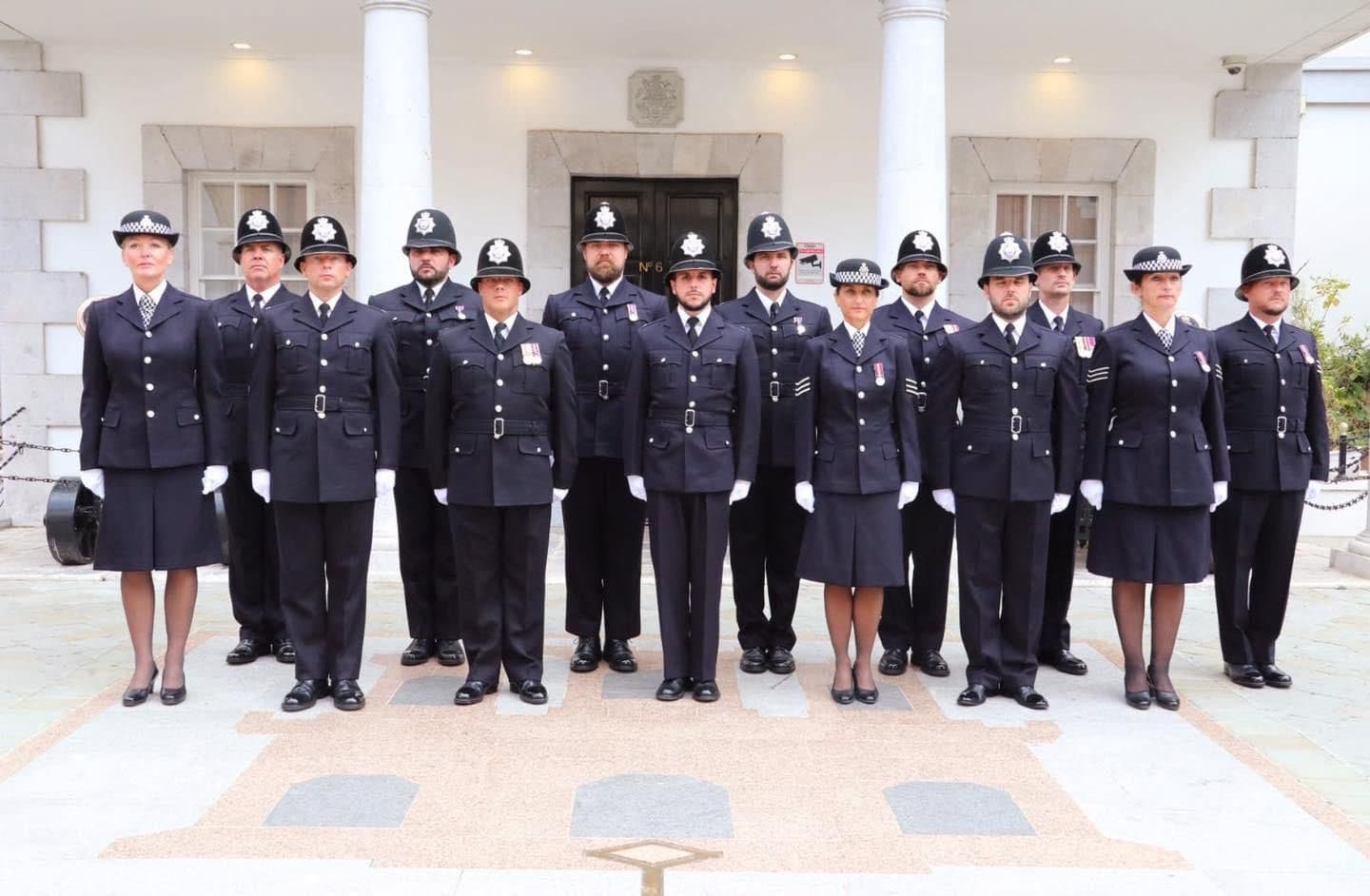 SIX police officers from Gibraltar will be helping the Met in London as people pay their condolences to Queen Elizabeth II during these busy times.

The officers will wear Royal Gibraltar Police ceremonial uniforms during the funeral on September 19 after they were sworn in by the Metropolitan Police on Monday.

The RGP sent the officers to London after a request for mutual aid from the UK National Police Co-ordination Center.

“It is likely that, along with other officers from the Overseas Territories, the RGP officers will be assisting with arrangements when the large numbers of people wait to pay their respects at the lying in state,” said the RGP in a statement.

“On Monday 19 September, the officers are also expected to be in ceremonial dress when lining the route of the funeral cortege.”

Police Commissioner Richard Ullger said that it was a sad time for the officers and the people of Gibraltar.

But he expressed his pride that the local Force could be in London during this time.

“The officers who have already been deployed have all expressed their immense pride to serve the Queen one last time and I am grateful for the professionalism and dedication they have shown,” said Ullger.

Police officers took part in the parade to mark the proclamation of the new king, Charles III, during the weekend.