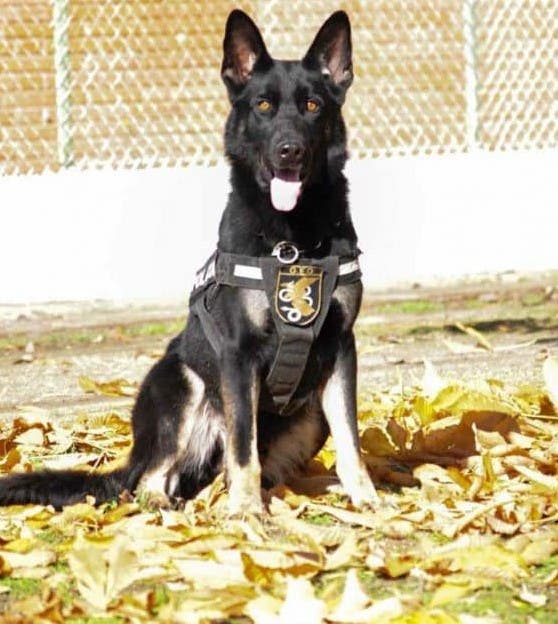 ONE of Spain’s top police dogs helped to bring an end to a 36-hour armed siege in Murcia on Saturday.

Elko works for the Policia Nacional’s Special Operations Group(GEO) on assignments across the country and was brought in to help finish the stand-off.

A man took his sister hostage after dumping her in a car boot in Molina de Segura on Thursday and driving to a property in the Cañada Hermosa area.

Reports say a number of family disputes had prompted his dramatic action and that he suffered with mental health issues.

Specialist GEO officers were called in and managed to free the woman despite her brother firing at them with one of the officers suffering a minor injury.

Hours later, a series of shots were heard as officers stormed the property and let off smoke cannisters.

They were joined by Elko, a German Shepherd who joined the team back in 2017 as a one-year-old.

The dog pounced on the armed man and bit him before officers restrained and arrested the man.

His shotgun had a telescopic sight and a crossbow and machete was found in the house.

It was another big win for Elko, who nearly died during active service in May 2020.

He and the GEO broke into a Valladolid house where a man in his eighties was shooting into the air from a terrace.

He fired at the officers and Elko was hit in the chest after putting himself between the attacker and his colleagues.

Elko lost consciousness and a lot of blood but miraculously, vets saved his life.

It was thought that would be the end of his active service, but he made a full recovery and received a Policia Nacional honour and a special citation from Interior Minister, Fernando Grande Marlaska.