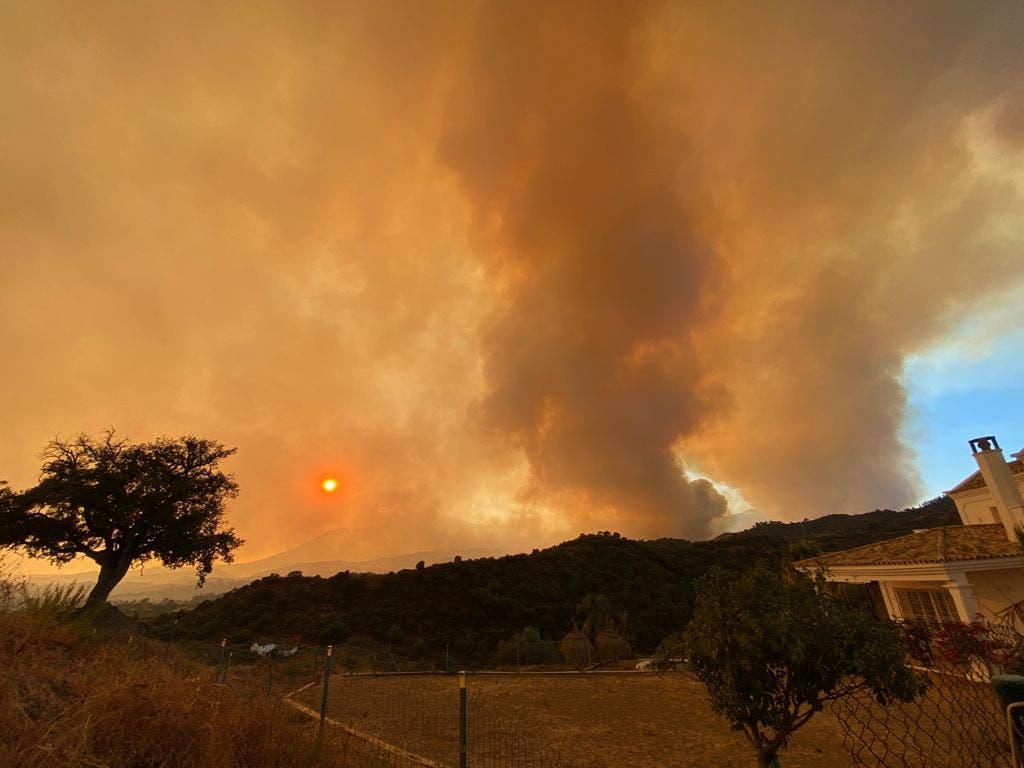 THE worst fire in over three decades on the Costa del Sol got even worse today when two fronts United forcing another 1000 people out of their homes.

Villagers in four more towns – Pujerra, Farajan, Juzcar and Alpandeire – had to be evacuated today bringing the total to 2,670 people out of their homes.

The Estépona fire which broke out on Wednesday had appeared to be slowing down on Saturday evening. But suddenly in the early hours of Sunday (2.30am) a spark caused the fire to jump behind the firefighters creating a new front in a new valley.

And worse at some point this morning the two blazes met.

It meant an additional four villages were immediately put in peril, including Algatocin and Benalauria.

Meanwhile new fronts opened up on the western side of the Sierra Bermeja going across the boundary into the town of Casares.

Worsened by strong Levante westerly winds the fire rapidly moved down towards the stunning Acedia Valley where many expats have homes.

The celebrated five star Finca Cortesin resort, where the likes of Gareth Bale, Peter Andre and Guns and Roses have stayed, was within a few Miles of the flames.

A total of 41 aircraft and 25 vehicles with 5000 firefighters and other personnel continue to fight the blaze that has nearly razed 7000 hectares so far.

It appears that the ecologically priceless 3000 year old Pinsapo trees are so far being protected, but nothing can be confirmed as the blaze moves into its fifth night.

“This fire has more force and strength than any other fire seen in our country,” said deputy boss of Spain’s firefighting agency Infoca, Alejandro García.