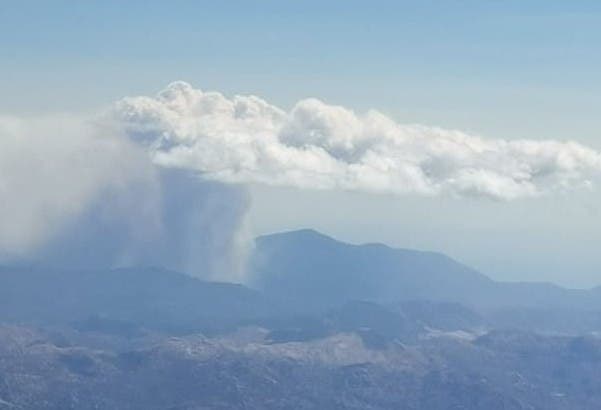 THE arrival of rainfall, expected this Monday and Tuesday in the province of Malaga, could provide a much-needed reprieve for fire crews battling against the devastating wildfire in Sierra Bermeja.

Depending on exactly how much rain will fall, the precipitation could render a vital respite for firefighters and allow them to make more progress on the wildfire that has blazed through 7,400 hectares of forest and has forced the evacuation of up to six villages since Wednesday.

According to AEMET, Spain’s state-run meteorological agency, there is a 40% chance of rainfall in Estepona on Monday, rising to 90% on Tuesday, thanks to the arrival of an Atlantic squall which is expected to hit the peninsula, today, Monday, September 13, and will leave heavy showers throughout the country.

Widespread rain in Andalucia is expected from Tuesday onwards.

The rains will be accompanied by a slight drop in temperatures. Highs of 30ºC are expected this Monday in Malaga, dropping to 24ºC for Wednesday, September 15. Minimum temperatures will be around 20ºC.

The much-needed precipitation comes as the strong Levante westerly winds caused major issues this Sunday for the firefighters battling to control the blaze as new fronts opened up on the western side of the Sierra Bermeja going across the boundary into the town of Casares.

A total of 41 aircraft and 25 vehicles with 5000 firefighters and other personnel continue to fight the blaze that has already razed through 7400 hectares of forest and forced 1,600 people in six villages (Jubrique, Genalguacil, Farajan, Pujerra, Alpandeire and Juzcar) to be evacuated.