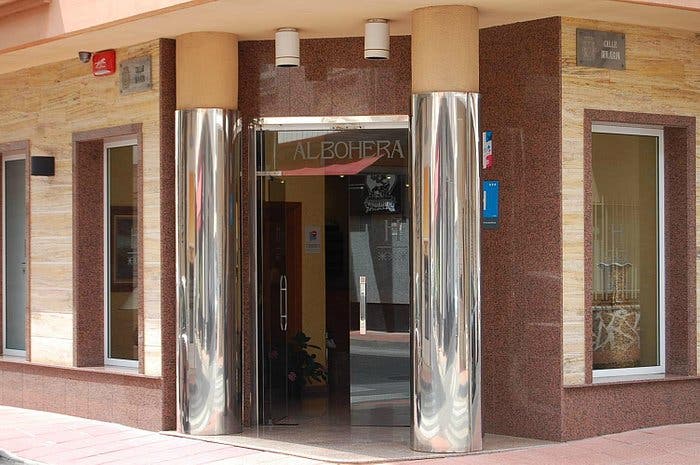 TWO robbers were beaten off by a Mar Manor hotel owner on Friday when the owner coshed one of them with an iron bar.

They ran off and tried to unsuccessfully enter another hotel shortly afterwards.

The men pressed the entrance buzzer of the Albohera Hotel in Santiago de La Ribera, San Javier, on Friday at around 9.00 pm.

Hotel owner Jesus Montesinos, 41, was having dinner with his father were when he decided to open the door.

He was greeted by an armed masked assailant with a knife and his bare-faced accomplice.

They demanded the takings from the till and Jesus was not going to resist but when the knife-wielding intruder started to threaten his 70-year-old father, he got hold of an iron bar and started to pummel him on the ground.

“I gave him a good beating,” said Jesus Montesinos.

The thief left a pool of blood but managed to flee with his colleague in the Barneuvo beach area.

Other hotels were alerted by Jesus and later that evening, the Hotel El Marino had the men pressing their outside buzzer.

The owner told them to go away and that he had a security recording of them and he was going to call the police.

That business had been robbed three times previously.

Reports suggest the thieves stole and car and crashed it hours later in Cartagena.

Security camera footage from both hotels is being analysed by the Guardia Civil to identify the two men.