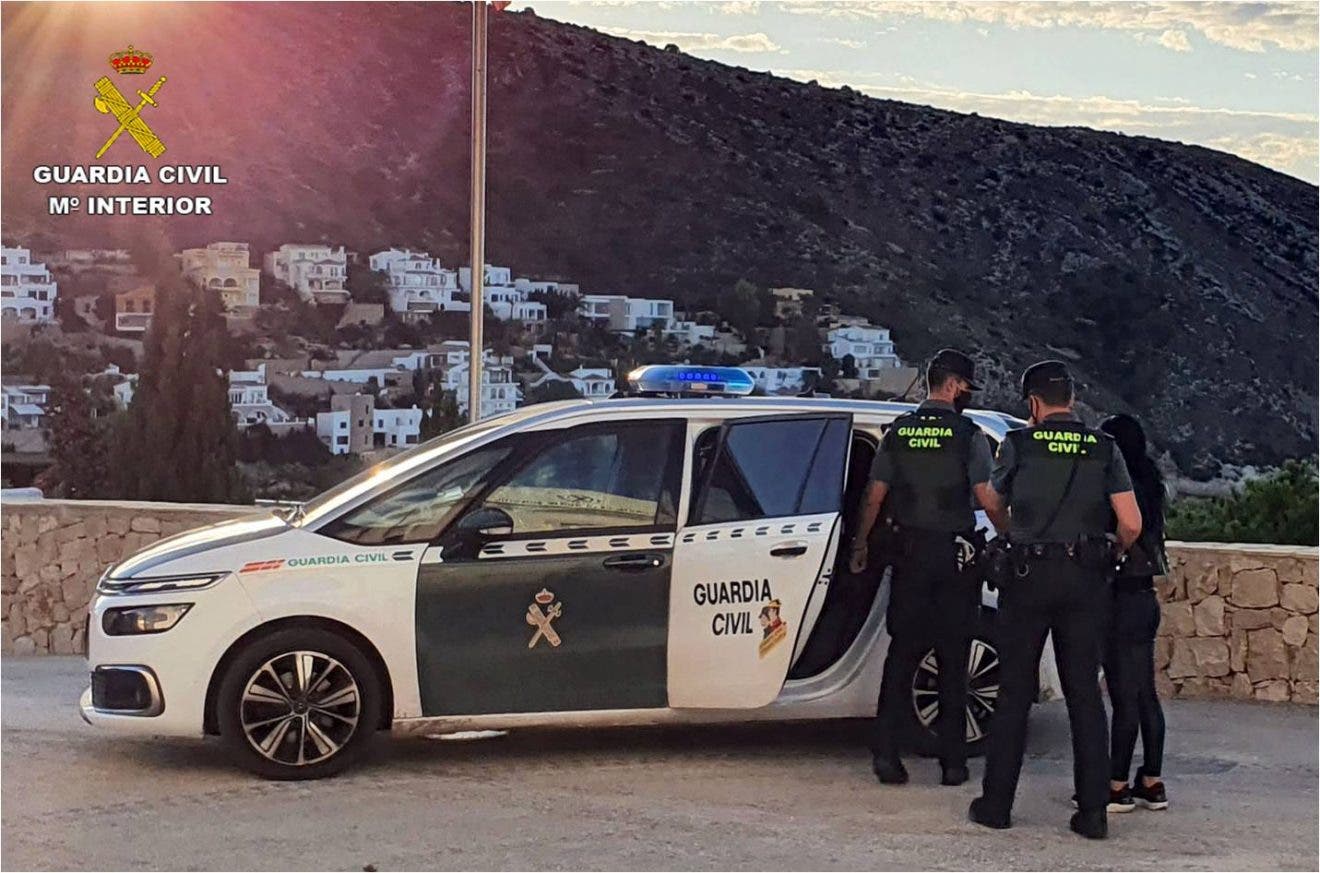 TWO women who stole valuables after hugging mainly elderly victims across Spain have been arrested on the northern Costa Blanca.

The female thieves, 27 and 28, were caught after being spotted in slow-moving cars around around Calpe and Moraira.

Both of them extensive had criminal records for similar offences committed across the country.

The well-worn routine of the ‘hugging’ thieves is to ask somebody for help like getting directions.

Once the details are supplied, the thief puts their victim into a vice-like hug and steals watches and jewellery before running away to an accomplice in a getaway car.

The Guardia Civil spotted a car in Moraira travelling at a very slow speed with the three occupants taking careful note of the surroundings.

Officers pulled the vehicle and discovered the three people all had previous convictions for hugging robberies.

The 28-year-old woman was arrested after security cameras identified her from a hugging theft in the car park of a Moraira restaurant.

She was also wanted by a Malaga court and her whereabouts were also sought at a European level.

The arrest in Calpe came about in the same way as a vehicle slowly moved around with a man and woman watching the movements of pedestrians.

The 27-year-old female and her male colleague had a record of over 100 crimes across Spain.

She was detained on four outstanding court warrants.

In the Barcelona area, she stole over €10,000 of watches in two hugging incidents involving elderly victims.