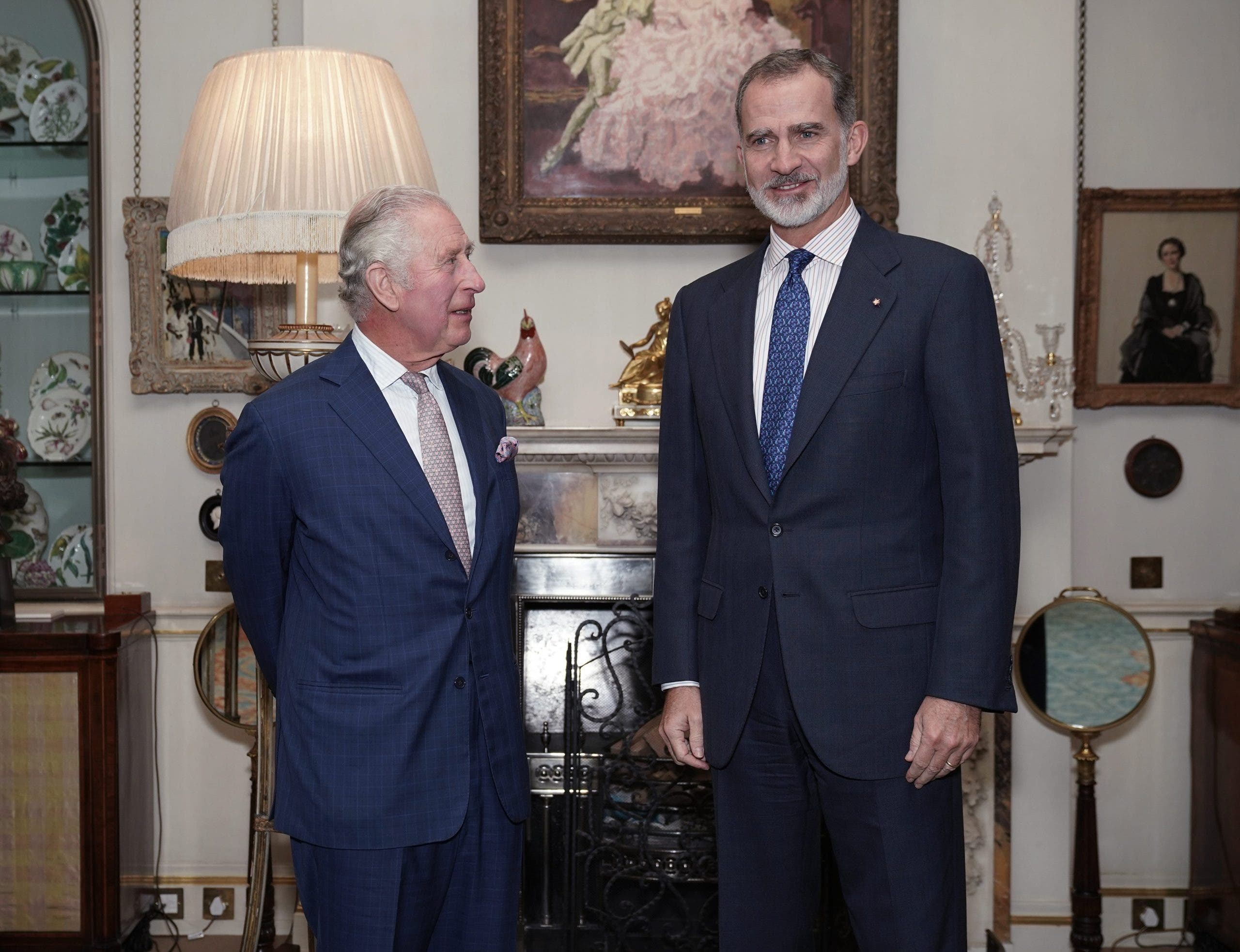 SPAIN’S King Felipe met with King Charles III at Clarence House in London on Monday for their first private conversation since the death of Queen Elizabeth II in September.

Felipe had travelled to Britain to preside over the 135th anniversary celebrations of the Spanish Chamber of Commerce in the UK.

The two monarchs conversed in the Morning Room of Clarence House.

Felipe revealed afterwards that he had asked Charles and Queen Consort Camilla to visit Spain.

Queen Elizabeth II only made one state visit to the country in 1988.

The Spanish king referred to the invitation to Charles during a speech at the Chamber of Commerce dinner.

He also paid tribute to the Queen by describing her as ‘one of the greatest monarchs in history’ and thanked Charles for an ‘extraordinary warm welcome’.

The monarch also emphasised Spain’s commitment and ‘sense of duty’ to strengthen bilateral relations between the countries.