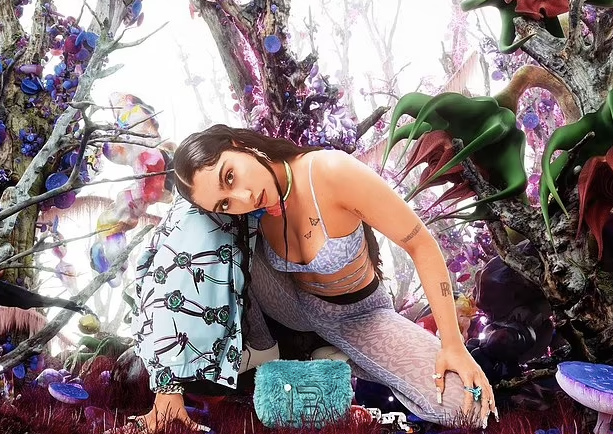 THE apple doesn’t fall far from the tree. Madonna’s eldest child Lourdes Leon has proved she has inherited her mum’s star power – and flexibility – as she was announced as the new face of Bimba Y Lola.

Madonna and Carlos Leon’s daughter, 24, who also goes by Lola, was seen in a variety of edgy poses for the new fall campaign for the beloved Spanish brand.

Images released this week show the dancer and model in a variety of psychedelic outfits from the brand including a leopard print bra and matching leggings pairs with a fluorescent blue bag,

In another image, Lourdes bends over backward in a serious yogi pose to model a bright pink jacket and knee-high socks while surrounded by a brightly colored forest setting.

Lourdes also modelled a catsuit paired with elaborate jewellery and wore her hair down in the edgy snaps.

It’s not the first time Lourdes has shot for major fashion houses, having starred in campaigns for Stella McCartney and Marc Jacobs and worked as a brand ambassador for Miu Miu, Converse and more.

She also made her catwalk debut in 2018 and signed with the talent agency CAA in 2020 for their fashion division.