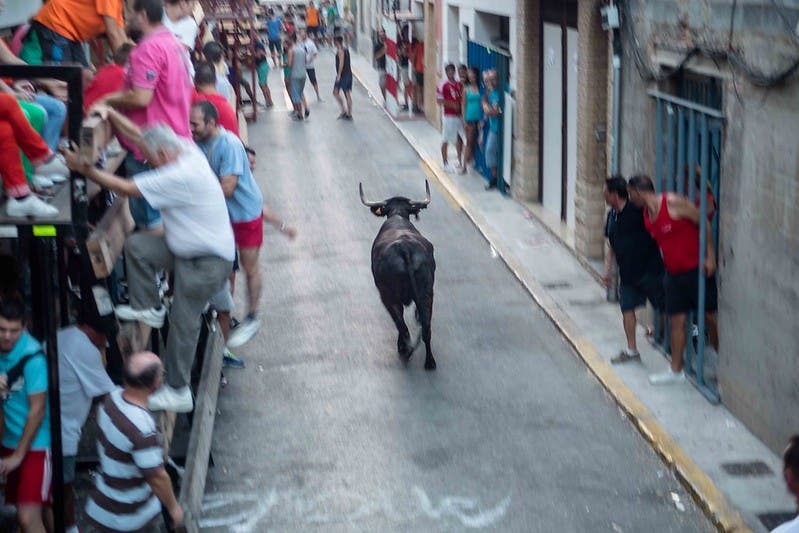 A MAN has bled to death from his injuries after being gored in during a bull-running festival in the Valencia region of eastern Spain.

The 55-year-old man received a deep wound to his left thigh when the bull’s horn perforated his femoral artery during the ‘bous al carrer’ event on Saturday afternoon in Onda, Castellon province.

It was the first bull running death since such fiestas resumed after COVID-19 pandemic restrictions were lifted.

The man, who has not been named but was a local from nearby Vall d’Uixó died later on Saturday in hospital in the nearby town of Villareal after losing too much blood.

Emergency services said he had also suffered a head wound.

Onda Council cancelled the rest of Saturday’s events following the incident which occurred on the last day of the town’s annual fiesta.