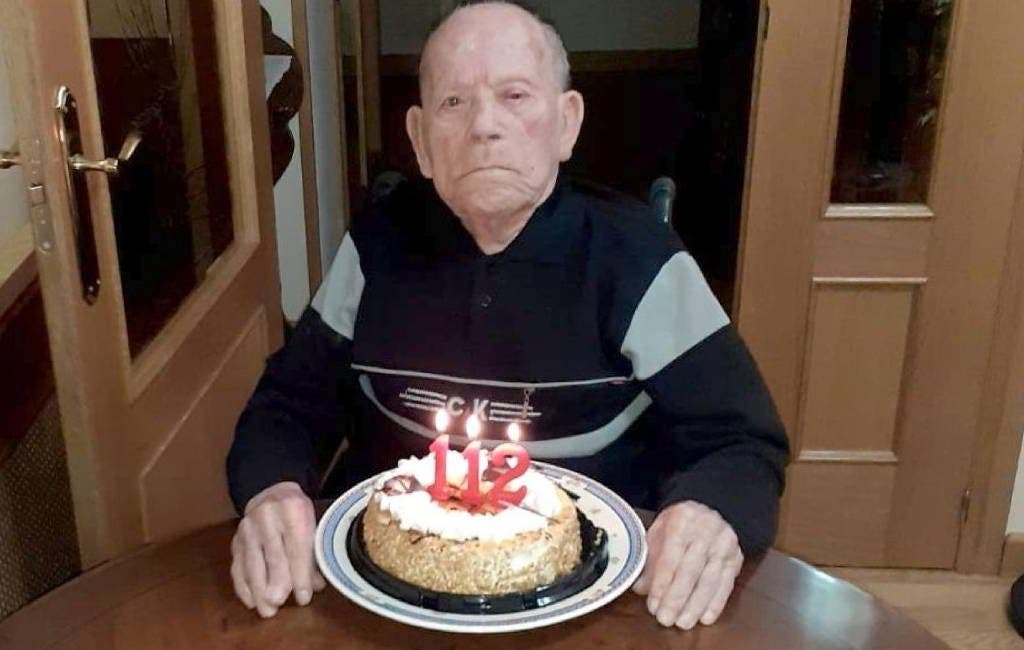 A SPANISH shoemaker who has survived two pandemics and a close brush with death during the Spanish Civil War is now thought to be the oldest man alive.

Saturnino de la Fuente Garcia who celebrated his 112th birthday on February 8 took the crown as the world’s oldest man on the death of Puerto Rican farmer Emilio Flores Marquez, who died on August 12, just four days after he turned 113 years old.

Saturnino was born in 1909 during the reign of Alfonso XII in the Puente Castro neighbourhood of Leon in Spain’s Castilla y Leon where he currently still lives with his daughter and son-in-law.

He started work as an apprentice shoemaker at a local factory when he was just 13 years old, and remained in the trade until he retired at 65 in 1974.

He married Antonina Barrio, now deceased, and the pair had seven daughters and one son. Saturnino is now a grandfather to 14 grandchildren and has 23 great-children.

The centenarian survived the Spanish flu after he was struck down by the illness when he was just five years old and became the poster boy of vaccination during the coronavirus pandemic when he was the first person to receive the vaccine in the region of Castilla y Leon.

He had another brush with death when he found himself trapped beneath rubble after a plane from the Condor Legion- the Luftwaffe’s expeditionary force sent by Hitler to support Franco –  crashed into a residential building the day before Christmas Eve in 1937.

Three people were killed, including two young girls, but Saturnino was pulled alive and unharmed from the rubble.

A lifelong soccer fan, at the age of 18 he played with the fledgling Puente Castro football team and was one of the founding members of the club who regard him as their ‘number one honorary member’.

But despite his grand old age, Saturnino is not the oldest living Spaniard. That accolade is held by Maria Branyas Morera, a Catalan who marked her 114th birthday on March 4.