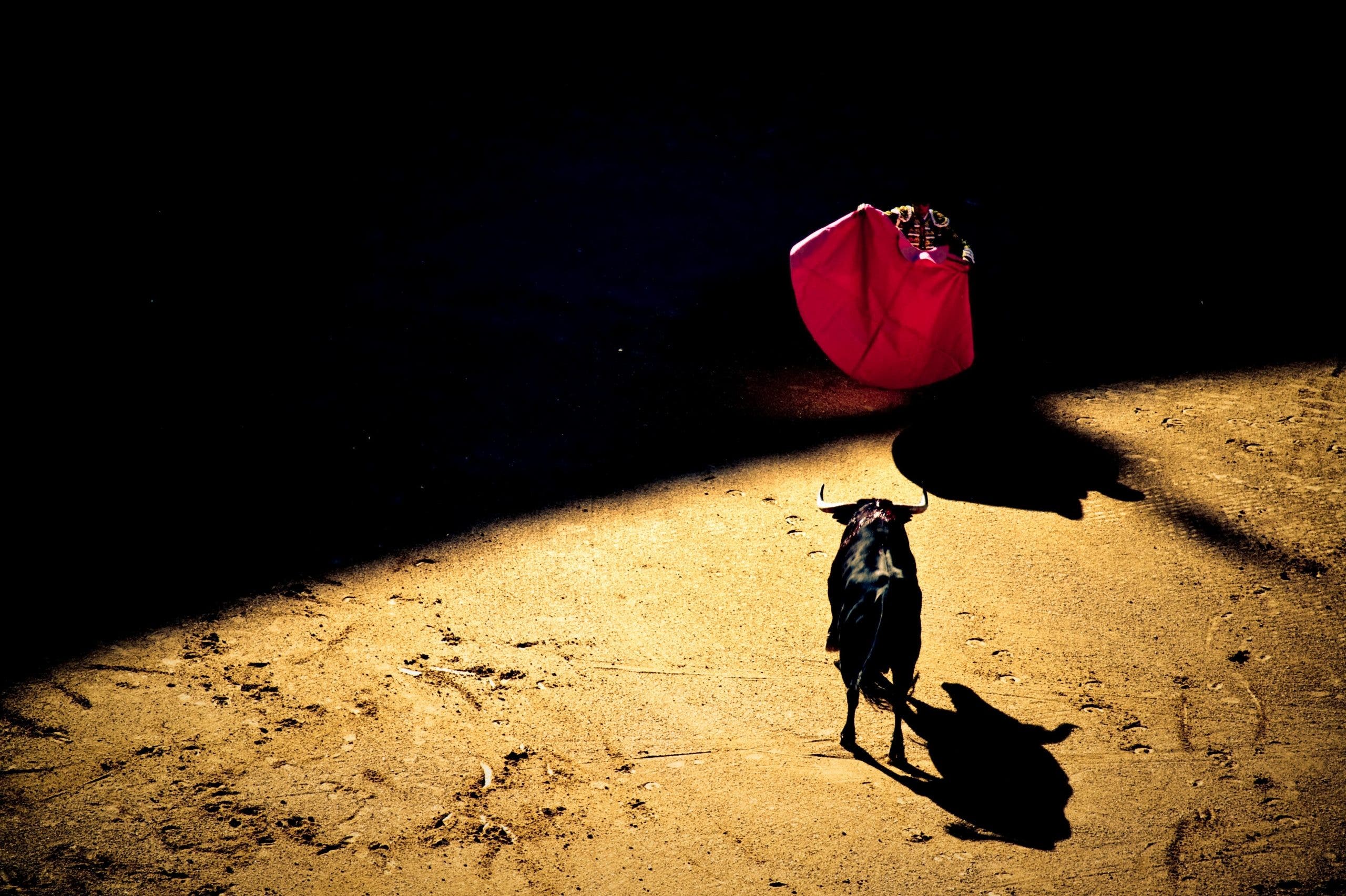 ANIMAL rights groups have expressed outrage after a bull was mowed down by cars after escaping from a bullring during a fiesta in central Spain.

The incident took place early on Sunday morning during the annual fiesta in the town of Brihuega, in the Guadalajara province of Castilla-La Mancha.

Townsfolk had gathered in the bullring for the concurso de recortadores, a spectacle which involves participants leaping over the half-tonne animals and avoiding their horns to prove their bravery.

But one bull, named Campanito, pushed his way out of the arena through doors that appeared not to be secured properly and ran rampage through the narrow streets.

In the ensuing panic, two men were gored while others tried to corner the animal and steer it back to captivity.

However, one resident decided to stop the bull by driving it into it with his car, repeatedly ramming it until it lay motionless on the ground.

Animal rights activists seized on the incident as a reason why taurine events should be abolished as part of town celebrations.

Pacma, a political party for animals rights, tweeted a video of what it described as the “brutal killing of a bull that escaped from the ring”.

The video showed the bull sauntering through the dark streets as a car sped up behind it to mow it down from behind.

“We are preparing to denounce those responsible and will fight to make them pay,” said Pacma.

“This is bullfighting,” the group said asking why the government doesn’t outlaw the tradition immediately.

Other animal rights groups,  ANPBA and AnimaNaturalis, joined the call for a full investigation.

Organisers however, praised the quick thinking residents for intervening and stopping the bull from causing more damage,

“They organised and this rapid intervention prevented the animal from reaching other areas of the village where the tragedy could have been worse,” the Guadalajara bullfighting federation said in a statement.

Just last month, the organisers of a bullfight in a town in the Valencia region were forced to pay a fine after a bull escaped and had to be shot dead by police.