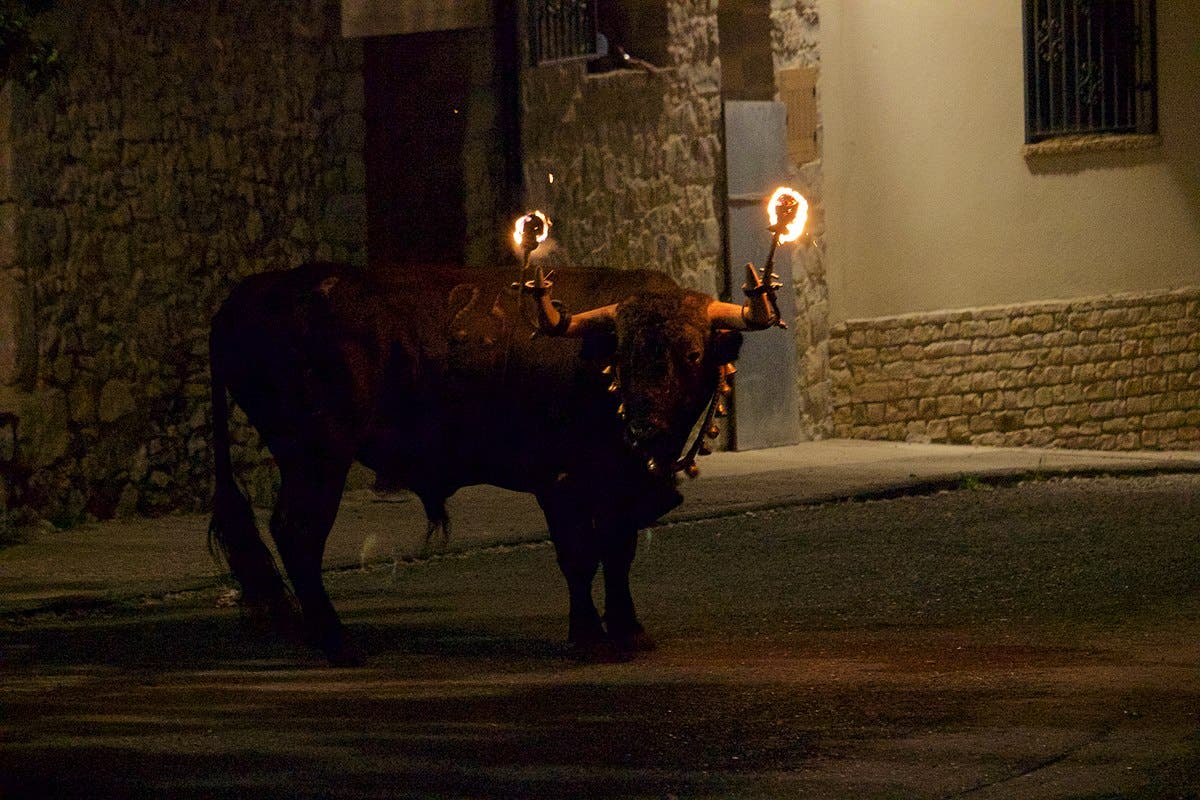 Each summer in towns and villages across Spain, fiestas take place involving local townsfolk, many focusing on bullfighting activities.

But the latest video to provoke outrage from animal rights groups comes from the treatment of a bull by a group of youths during a fiesta in Albarracin, a town in the northern province of Teruel, Aragon.

The upsetting footage posted on social media showed a group of men attempting to pull a fallen animal to its feet after it stumbled during a ‘corre bous’.

The video, which was posted by Spain’s animal rights party PACMA, shows the men dragging the bull by its tail.

“This horror took place on June 25 during the celebration of the toro embolado in Albarracin. Can you imagine the suffering that they have caused to the animal?”

The video, which shows a woman attempting to intervene and tell the young men that the bull had a broken leg, has gone viral garnering more than 80,000 views on Instagram.

PACMA’S president, Javier Luna, said: “It is unbelievable that this type of action is still legal in Spain and it doesn’t look like it’s going to change”.

He added: “People during these fiestas are drunk so they do not have any type of respect for the animal, and they take out their frustrations by hurting them.”