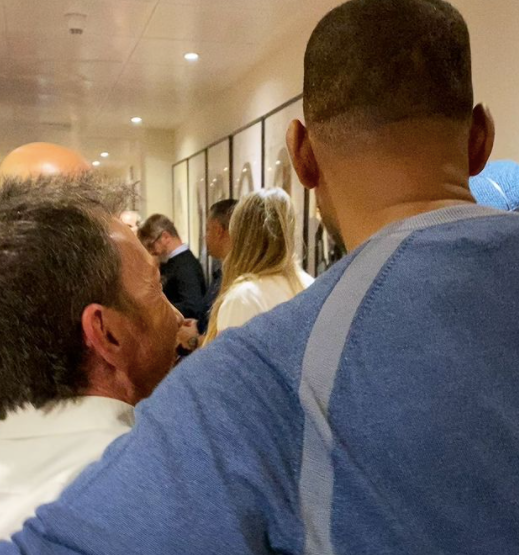 He’s one of Hollywood’s biggest stars and is regularly spotted hanging out with the likes of Tom Cruise, David Beckham, Eva Mendes and Tommy Lee Jones.

During an interview with Ricardo Moya,  Pablo Motos revealed that she and the Fresh Prince crossed paths when they were both relatively new to the fame game. According to the presenter of El Hormiguero 3.0, the pair almost went into business together.

“Will Smith has come on the show seven times and we have seen each other in other places, we are true friends, ” he confessed.

Pablo says the first day he met the A-lister, he allowed the actor to take the lead of the show.

“I let him direct, because I realized that he knew much more than I did. It was smarter to go after him than to pretend to direct Will Smith. The guy is much better than me at everything. He even knows when to make a joke or a gag. It changed my life. “

The second time they met, Will promised Pablo that the next time they saw each other he would speak Spanish.

“On the next visit, he came and spoke Spanish, and I did not speak a single word of English”, Pablo said.

Their relationship grew, and after their third interview, they both agreed to get together professionally, and were very close to selling ‘El Hormiguero’.

“We started a company and we were about to sell the program. He told me that this program should be done outside, ” he said.

” We were about to sell it to NBC , before Saturday Night Live, but they had a lot of reservations because the muppets – in reference to Trancas and Barrancas – are childish, and that’s it. There was an element that they liked a lot and it was science, and suddenly all the programs in the United States began to do science, and our different standpoint went to hell and that was the end of the project.”