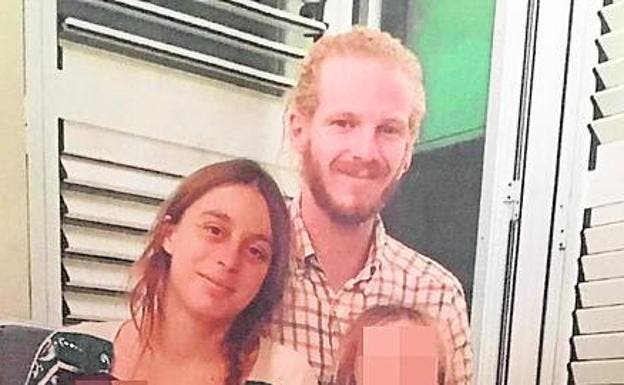 AN expat father was sentenced to 50 years in prison for the murder of his two young children, while the mother was ordered to spend 25 years in a psychiatric ward.

The sentencing took place at Valencia’s Supreme Court on Tuesday after one of the most gruesome and emotional trials to take place in Spain in recent history.

Belgian-Mexican Gabriel Carvajal, 27 and Maria Gombau, 25, went on trial over the murder of their three-year-old son Amiel and five-month-old daughter Ixchel, who were found buried in the garden of rural property in Godella in March 2019.

As reported at the time by The Olive Press, the crime took place in a country home that the couple had occupied illegally on the outskirts of town since 2017.

The alarm was raised by Gombau’s mother, who received a text message from her daughter the night before saying goodbye and thanking ‘the Creator’ for everything.

Police found Gombau naked and hiding inside a barrel the day after the killings, before leading officers to where she admitted having buried her children only hours earlier.

Autopsies revealed that both Amiel and Ixchel had been killed by repeated blows to the head, either with a heavy object or against the floor.

Gombau claimed that she interred the bodies after finding them already dead, while Carvajal countered that he was asleep while his partner committed the murders and did not know anything about it until the next day.

During the trial in June, a court heard psychological profiles on both defendants that revealed that Maria was enthralled by Carvajal and believed him to be a messianic, Jesus-like figure, while the father was ‘a strong and domineering personality’ that is thought to have mistreated his partner and children.

The court heard how the father likely organised a ritual involving the children which resulted in their deaths. A series of documents alluding to human sacrifices were found at the scene of the crime and are thought to have been written by Carvajal.

The court heard that Gombau suffered from paranoid schizophrenia that was misdiagnosed as anxiety just weeks before the crime.

Investigators established that she underwent an acute episode on the night of the killings, meaning she cannot be formally accused of murder, although the prosecution asked for 25 years’ internment in a psychiatric hospital.

Carvajal was sentenced to 50 years in prison – 25 for the murder of each child, with the aggravating circumstance of being directly related to the victims – after he was not found to suffer from any kind of mental illness.