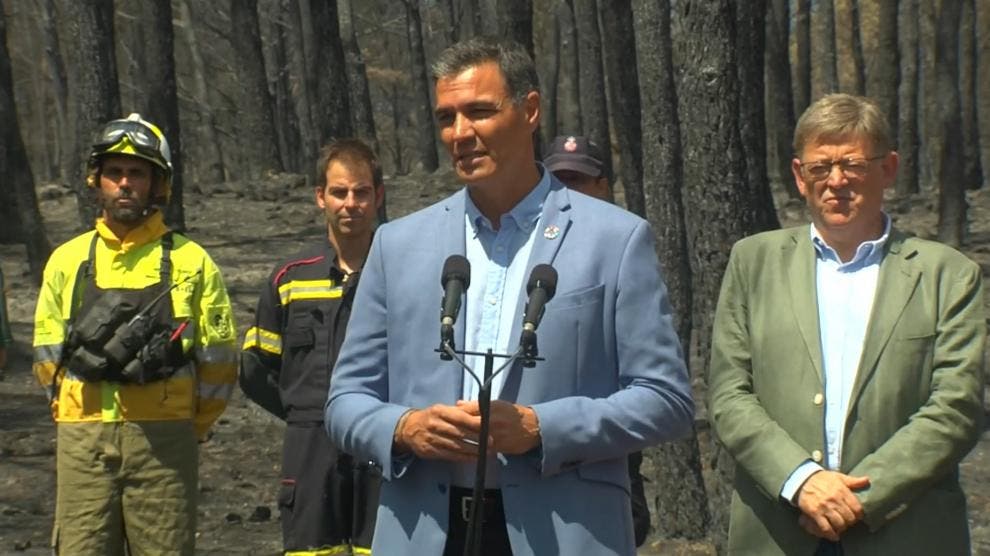 Speaking during a Monday visit to Bejis, Sanchez said all areas of Spain devastated by fires this year will get the same classification.

The measure will be formally approved at Tuesday’s Council of Ministers meeting in Madrid.

Sanchez talked to local mayors and people fighting the Bejis blaze, saying that ‘we lost belongings but managed to avoid human losses’.

20,000 hectares were incinerated by the Bejis fire which was stabilised on Sunday.

The Vall d’Ebo fire was brought under control on Friday after 12,150 hectares were devastated in the blaze which started on August 13.

Over 286,000 hectares of land have been destroyed across Spain in 2022- four times the average figure for the last decade, and almost six times more than the 2021 total.

Pedro Sanchez said: “We are facing a climate emergency and these fires require us to rethink how we deal with how to fight them and how to deal with the recovery of the places affected by them.”

“This is the hottest summer since the start of taking official figures and future ones are going to get even hotter, “ warned Sanchez.