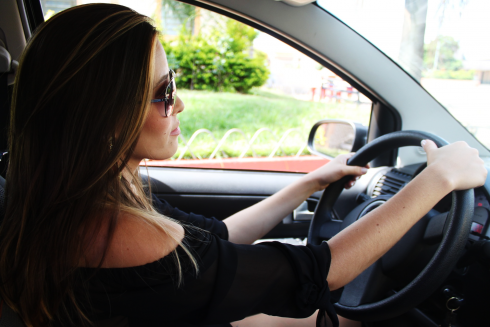 BEFORE Brexit, British number plates would feature the circle of EU stars with the letters ‘GB’ underneath it, simplifying and standardising travel abroad with a UK-registered car.

On January 31 of this year, transport secretary Grant Shapps unveiled the redesigned more patriotic number plate which displayed the ‘GB’ under a Union flag – needlessly signifying that Great Britain was no longer in the EU.

Less than 12 months later, the 111-year-old tradition will change, whereby the initials will now have to show ‘UK’, not ‘GB’, from September 28.

Updated information from the Government’s own website states that after that date:

You will need to display a UK sticker clearly on the rear of your vehicle if your number plate has any of the following:

If your number plate includes the UK identifier with the Union flag (also known as the Union Jack), you do not need a UK sticker.

If you’re in Spain, Cyprus or Malta, you must display a UK sticker no matter what is on your number plate.

If you have a GB sticker, cover or remove it.

A spokesman for the British Department for Transport said: “Changing the national identifier from GB to UK symbolises our unity as a nation and is part of a wider move towards using the UK signifier across government.”

“GB number plates will still be valid within the EU as long as drivers display a UK sticker on the rear of their vehicle.”

Clearly displaying the country of origin of your vehicle is an international requirement and if you are stopped by police without one you can be issued with an on-the-spot fine.

Drivers coming to mainland Europe from the UK also need to put correctors on their headlights, with Spanish law stating all motorists must carry with them an emergency triangle and a high-vis fluorescent vest.