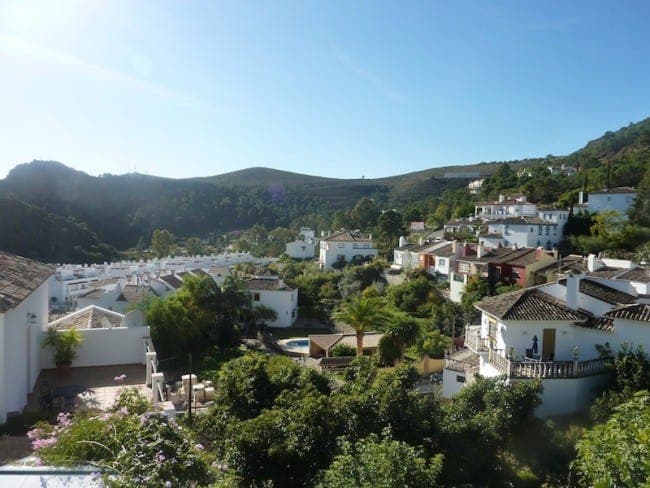 THE Costa del Sol boasts to being, once again, on the elite list of the most expensive streets in Spain.

In fact, the municipalities of Benahavis and Marbella have five of the ten most expensive streets in Spain to buy a property according to real estate portal Idealista, where the average property prices on Costa del Sol’s poshest roads goes for a whopping €7 million per home.

According to a study carried out by Idealista, the island of Mallorca, Malaga and Madrid are the places where the ten most exclusive roads in the country in which to buy a home are concentrated, with Mallorca boasting the most exclusive street in Spain.

Calle Sant, in the town of Calvia in Mallorca, has an average going price of €7,043,750 for one of their luxurious homes.

The second-place spot of the exclusive ranking goes to the Coto Zagaleta, a residential development located in Benahavis, near Marbella where most properties boast more than 8,000m² plots, elevators, a cinema room and/or a spa and have an average price of €7,042,462.

Calle Mozart in Marbella, which last year occupied the first place in the Malaga provincial ranking, holds the second spot in the Costa del Sol and third position at the national level with an average price of €5,932,489 euros.

This is followed by Urbanizacion Cascada de Camojan, also in Marbella, whose owners are asking an average of €5,444,000 euros for their exclusive properties.

In fifth and sixth place are two streets in Madrid: Paseo de los Lagos in Pozuelo de Alarcón, better known as ‘La Finca’, with an average price of €5,248,039 per home, and Paseo del Conde de los Gaitanes, in La Moraleja residential development, with an average of €4,972,656.

The ranking is completed by Calle Cañete, in Marbella, where the average property price is €4,883,602, Calle del Camino Ancho, in La Moraleja (Madrid) with an average of €4,751,654 per home, the Sierra Blanca development, in Marbella (€4,625,158) and, finally, in the same municipality that heads the ranking, Via Cornisa de Calvia in Mallorca, another street has with an average price of €4,608,732 per property.

For the real estate ranking only those streets that had a minimum of ten listings have been taken into account in order to calculate the average street prices, meaning that they are not necessarily the most expensive homes for sale in each market.