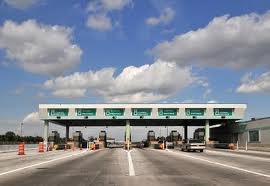 THREE toll roads in northeastern Spain will be free from September 1.

As of tomorrow, almost 500 kilometres of toll roads will become free across Catalunyan and Aragon.

It means the tolls will be lifted on the AP-2 motorway between Zaragoza and Mediterranean, the C-32 between North Barcelona and Lloret de Mar and the C-33 between Barcelona and Montmelo.

The free route of the AP-2 connects Zaragoza with the Tarragona municipality of El Vendrell while the AP-7 will have two free sections from Tarragona to La Jonquera (Girona) and Montmelo-El Papiol (Barcelona).

They are also eliminating fees in the northern section of the C-32 in Maresme and on the C-33 between Barcelona and Montmelo, which are owned by the Generalitat de Catalunya.

The Ministry of Transport, Mobility and Urban Agenda estimate a saving of €515 million per annum for the 13million drivers who use the routes each year.

To finance the roads without charging tolls, the Generalitat has proposed using a payment system that involves charging a single payment to access these roads. They have suggested that there should be a flat rate paid depending on how many days, or months, that the driver uses the highway.

They have proposed that while the Government supports the Recovery, Transformation and Resilience Plan, a payment plan that charges ‘whoever pollutes’ should be implemented from 2024.

The toll roads which will be FREE in 2020 across Spain