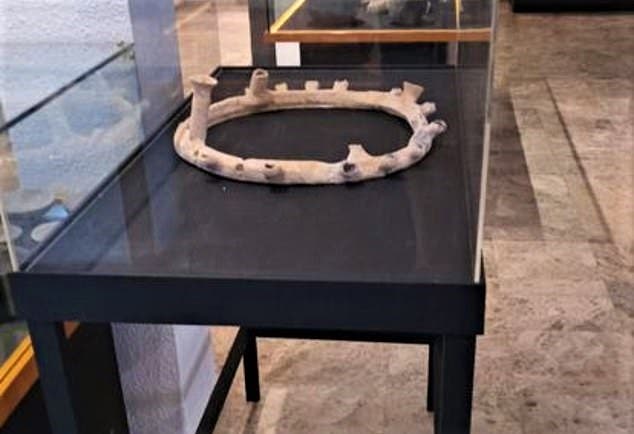 A rare example of a Roman chandelier, discovered at an Alicante Province archaeological site, has gone on public display.

It was unearthed in the lower section of the El Monostil excavations in Elda, which is one of the most important archaeological sites in the region.

Museum director, Antonio Poveda, said: “The chandelier could have been made between 30 and 34 AD in the final years of Emperor Tiberius.”

“It’s around half-a-metre in diameter and could have been used in a prominent public building or in the home of a wealthy Roman citizen.”

The large chandelier has 32 spots for candles and room for oil to be poured in to keep them alight.

It’s three times the size of chandeliers from that period.

It was made by Lucius Eros who engraved his name on the molds used for his work.

Several kilns used by Eros to make items, including the chandelier, were discovered in El Monostil excavations that started in 1989, with further finds in 2009 and 2010.

It’s now on display in a glass cabinet in the Roman section of Elda Museum.