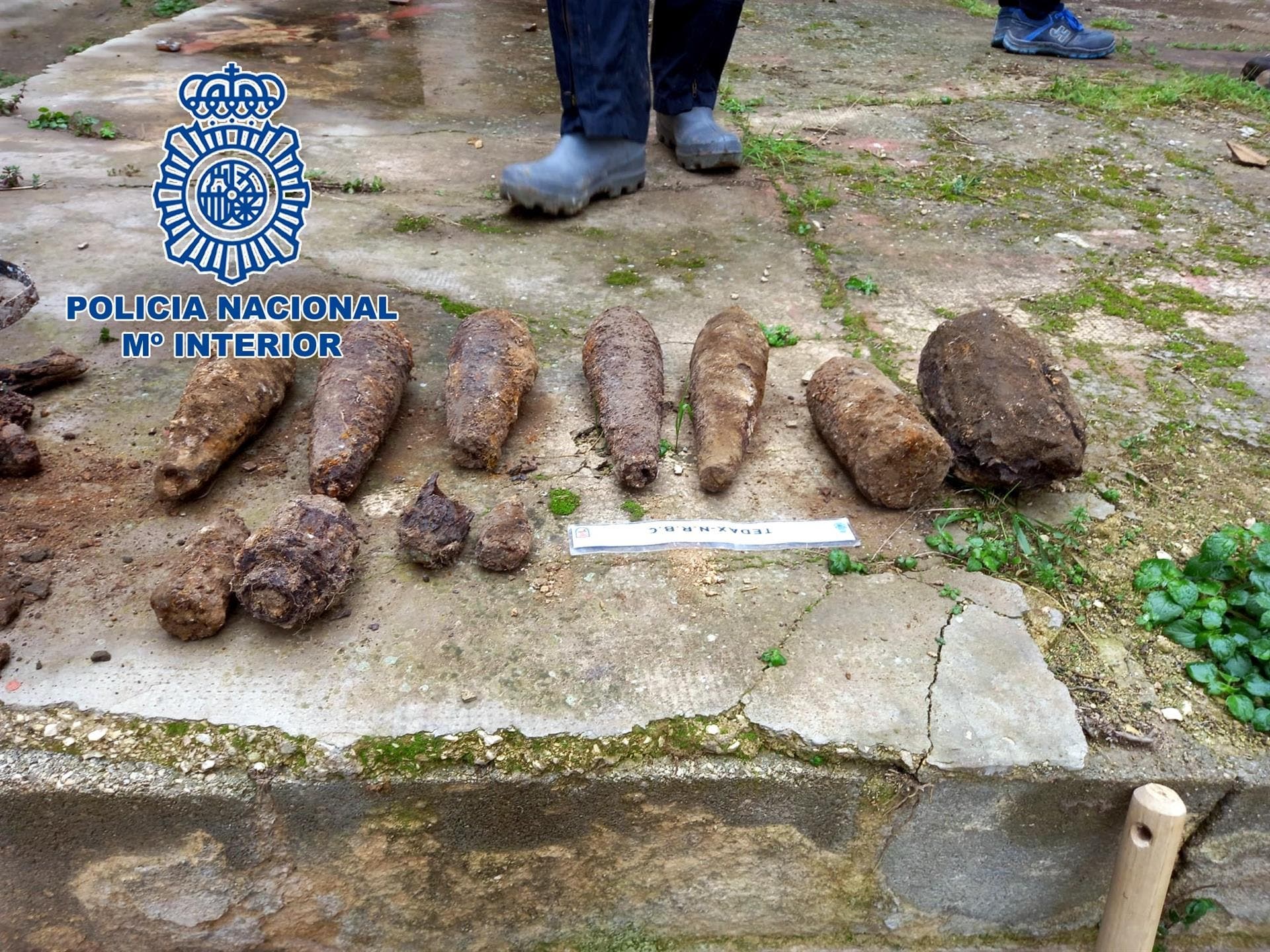 POLICIA Nacional sniffer dogs went to an old Alcoy factory after a bomb dating back to the Spanish Civil War was unearthed during renovation work.

Workers on the 8,000 square-metre foundry site found the suspicious object with specialist police officers brought in to comb the entire area.

Radar scans detected that a significant number of explosives were buried, but the metallic composition of the soil meant that traditional metal detectors might not find them all.

Explosive-smelling dogs were brought in for what was a new challenge for them.

They had not been trained to detect the old-style TNT bombs manufactured decades ago, especially if they’re buried deep into the soil, which was the case in Alcoy.

Nevertheless they proved to be invaluable as 18 items were found.

The haul included seven mortar grenades; three artillery shells; five grenades; a mortar grenade fuse; an aircraft bomb and a device that could not been identified due to its poor state.

The Policia Nacional said the way the artefacts were found suggested strongly they were buried intentionally by previous foundry workers.

The items were taken to a quarry in Cocentaina to be safely disposed of.