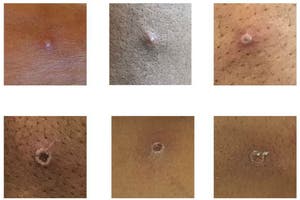 Both fatalities were young men, confirmed the Health Ministry in Madrid on Saturday.

The first death was reported on Friday and occurred in the Valencia region. Authorities there said the cause of death was encephalitis, an inflammation of the brain associated with the infection.

The second death was confirmed on Saturday in Cordoba, where authorities said the 31-year-old man had died after developing meningoencephalitis.

According to the latest figures, there have been 4,298 confirmed monkeypox cases in Spain since the outbreak was first recorded in May.

Authorities confirmed that 120 people with confirmed cases of monkeypox had been admitted into hospital for treatment and two have died.