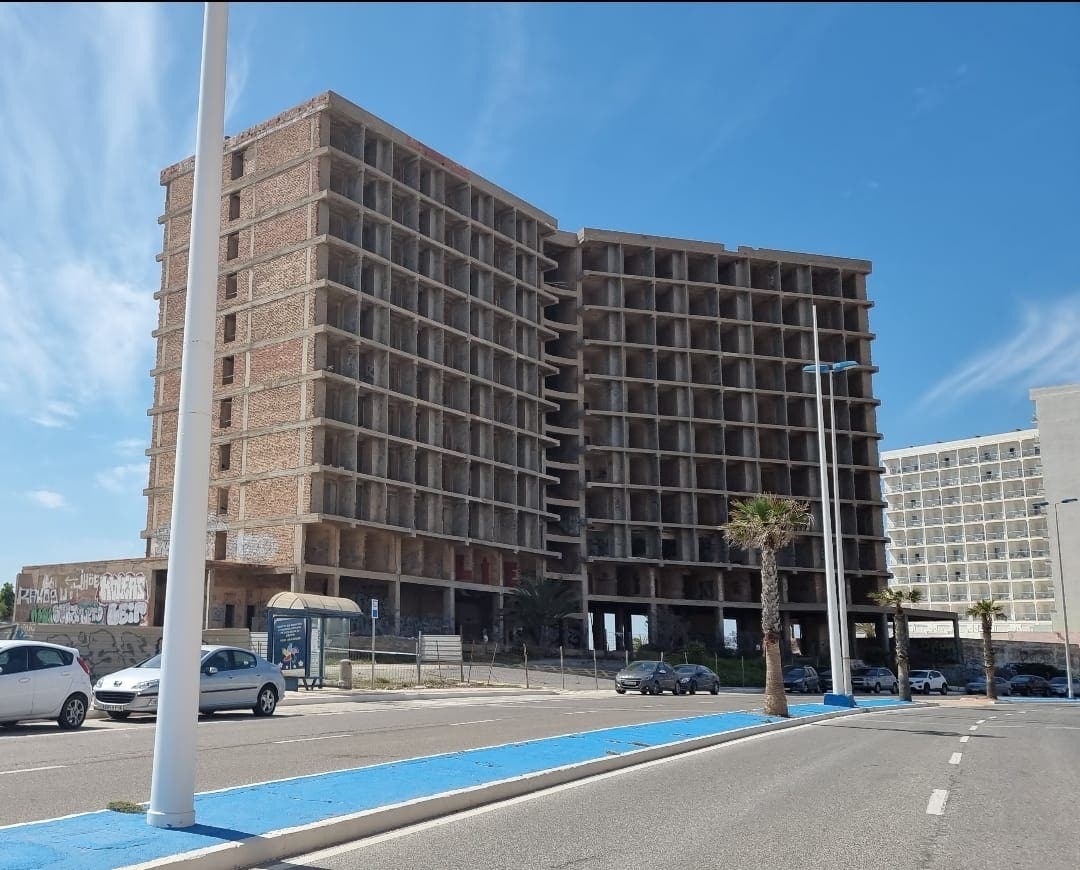 MURCIA government permits have been granted to dismantle an unfinished La Manga hotel.

Work on taking down the Lagomar Hotel could start this autumn, subject to approval from the Coastal Authority.

Construction began in 1974 but just the bare bones of the hotel were built.

That resulted in an eyesore on a prime plot of land occupying 22,000 square metres.

San Javier council along with residents has regarded the Lagomar’s empty shell as giving a poor impression of the area to tourists.

Machines and cranes will be used to painstakingly take down the eleven floors from top to bottom in a process that could take up to six months.

The €679,000 dismantling plan has been produced by the building’s owner, Intramanga Turistica.

The cautious take-down is due to concerns over the environmental impact a series of controlled explosions would have on the Mar Menor as well as possible damage to the adjoining Doblemar Hotel.

San Javier council declared the Lagomar as being in state of ruin in 2009, though technical reports ruled out any risk of collapse.