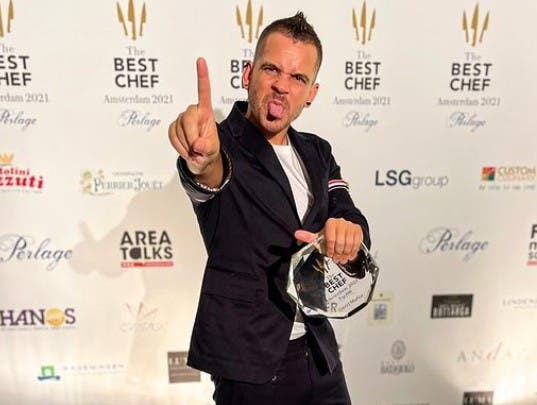 TWO restaurants in Spain have won coveted places in the top five of the list of the World’s Best 50 Restaurants in 2022.

The awards were announced in London with the top prize awarded to Geranium in Copenhagen, helmed by chef and restaurateur Rasmus Kofoed, while Central in Lima, Peru won second place.

Disfrutar in Barcelona, Spain rounded out the top three while Spain’s ‘enfant terrible’ chef Dabiz Muñoz won the fourth spot with his DiverXo.

It was a meteoric rise for Muñoz who saw his Madrid restaurant soar from 20th position in the last edition.

In all, six Spanish restaurants were named in the Top 50 list chosen by Restaurant magazine, three of them in the Basque Country.

The eponymous restaurant of chef Quique Dacosta in Dénia on Spain’s Costa Blanca was named at number 42 on the list.

This year’s Most Sustainable Restaurant Award went to Aponiente in Cadiz. Chef Ángel León was recognised for his focus on sustainable fishing, marine conservation, and community outreach to lead the way with innovative fare that’s responsibly sourced.