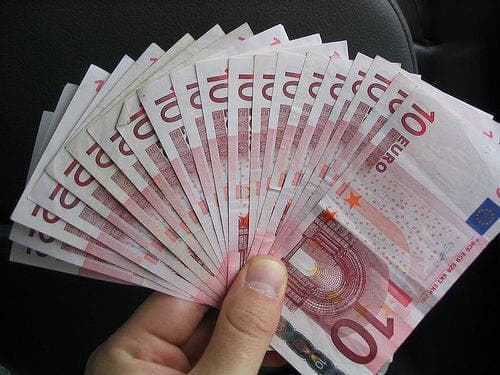 THE COVID-19 pandemic had a lot of different effects on the way Spaniards live, from an increase in home working to a change in the custom of greeting people with two kisses.

But figures from the economy suggest that the global health crisis has also served to bring a lot of companies out of the shadow economy, with a knock-on effect on tax revenues.

According to a report in the Financial Times, net tax revenues in Spain hit their highest level on record last year from the months of January to November.

The public coffers were swelled by an extra €33 billion, which is an increase of 15.9% compared to the same period the year before.

Inflation and economic growth played a role in this, with the government estimating a rise of 5% of GDP in 2022 compared to the year before.

But research by the FT showed that the proportional gains last year exceeded those of other European countries, such as France, Germany, Italy, Portugal and Greece.

This can be attributed to the support packages that the Spanish government put in place during the Covid-19 pandemic, which encouraged companies to regularise their situations in order to apply for the aid on offer.

Among these were the temporary furlough schemes known as ERTEs, as well as liquidity support from the government.

According to the FT, there was also a decrease in the use of cash in the country due to fears of coronavirus contagion from banknotes and coins.

A 2018 study from the IMF showed that Spain’s underground economy accounted for 17.2% of GDP, which is lower than in Italy and Greece, but above Portugal and the rest of Western Europe.