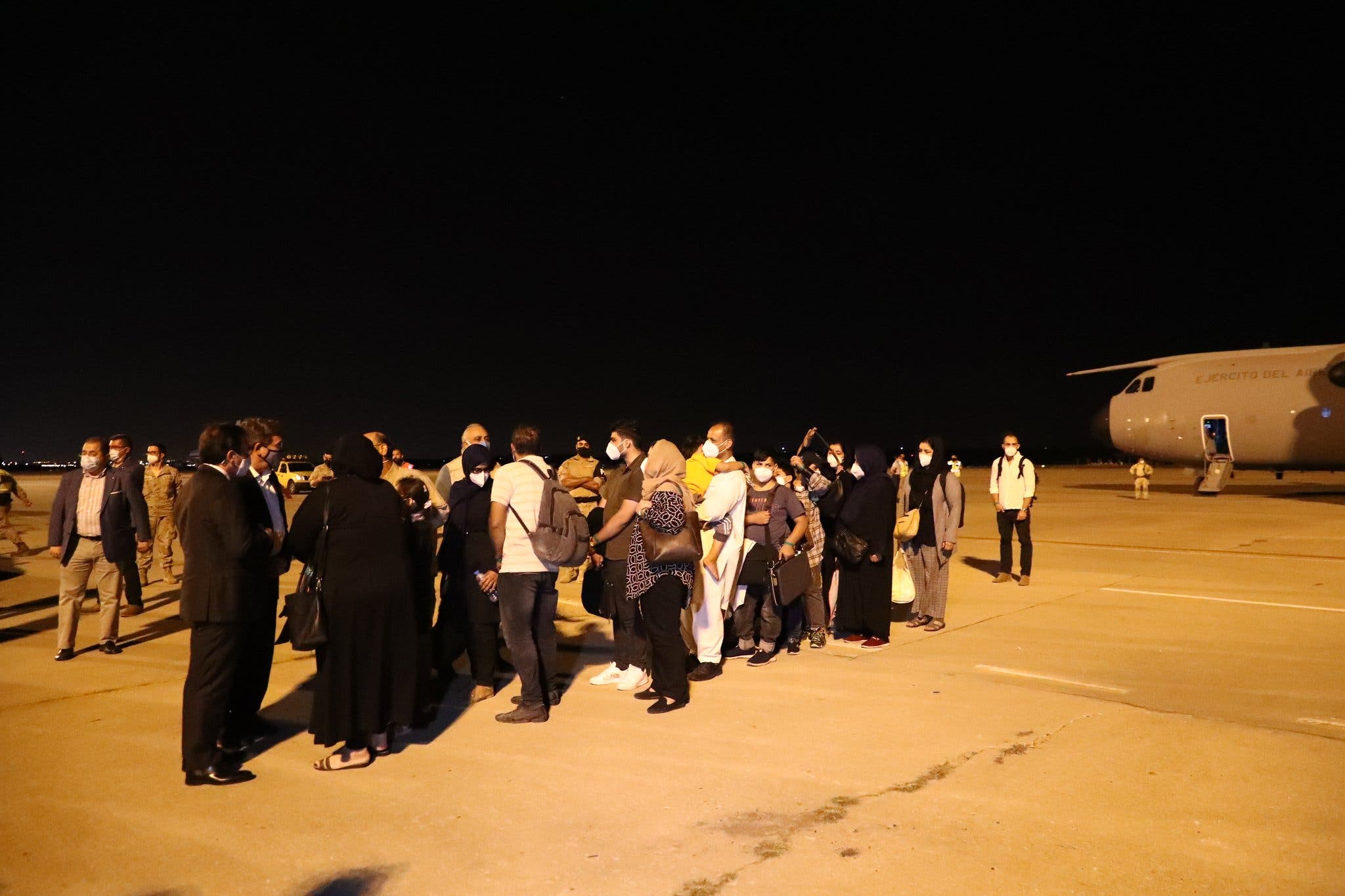 THE first flights carrying evacuees fleeing the Taliban in Afghanistan arrived at a military airbase outside Madrid where a temporary camp has been set up to house up to 1,000 refugees.

The camp alongside the runway at the Torrejon de Ardoz will have the capacity to shelter 1,000 arrivals before they are relocated to other EU member states to seek asylum, Spain’s foreign minister said on Friday.

Jose Manuel Albares, confirmed that the base would act as the entry point to the EU for refugees and their families.

“It is a hub; they arrive in Spain and from here they will go to other nations who offer them visas,” the minister told state broadcaster RTVE in an interview on Friday.

“It is Europe’s logistics centre to process Afghans who worked with various EU institutions in recent years,” he explained.

“In the hub, a temporary entry permit is issued but the asylum requests will be processed by the European countries that receive individuals,” explained Albares.

The first plane arrived early Thursday morning and a second on Friday morning bringing a total of 89 people including 32 children, thought to be former employees or family members of those who had worked with EU institutions, as well as five Spaniards.

So far five families are already destined for new lives in Denmark, Poland, Germany and Lithuania while a dozen have said they would seek asylum in Spain.

Authorities insist that asylum seekers will spend a maximum 72 hours within the camp before being processed by those countries where they express a wish to seek asylum.

The temporary camp, which includes a COVID-19 testing area for all new arrivals, has air-conditioned accommodation for 1,000 people in family zones as well as segregated areas for men and women.

A canteen can feed 200 people at a time and there is a play area for children as well as a medical tent and an area to provide counselling to help arrivals through their recent trauma.