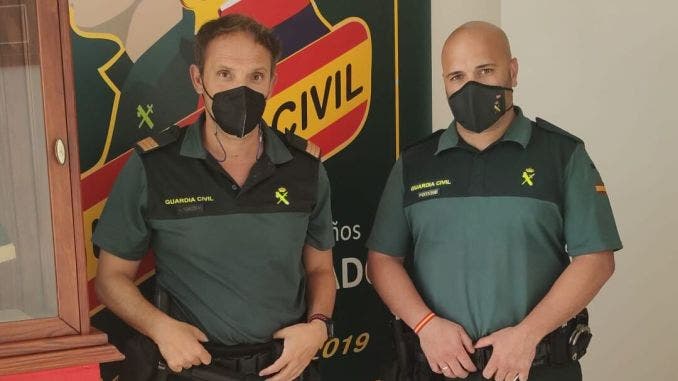 A Guardia Civil patrol saved an Almoradi woman’s life after a piece of fruit got lodged in her windpipe.

The two unnamed officers got an emergency call on Wednesday(August 18) at around 9.00 pm.

They were told that a 51-year-old woman was suffocating at a house in the Vega Baja town.

The lady showed clear signs of being unable to breath and had a very pale complexion.

It was quickly identified that she was choking on something and the two officers performed the Heimlich manoeuvre on her.

She spat out some fruit and gradually recovered.

Relatives took her back to her home where an ambulance team gave her a check up.

They confirmed that all her vital signs were normal after her frightening ordeal.