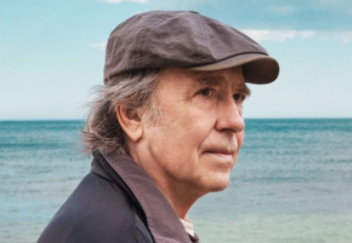 JOAN Manuel Serrat has announced he will say goodbye to the stage with his last ever world tour as he winds down his life on the road.

The 77-year-old musician announced his retirement tour – called ‘The vice of singing 1965-2022’ – in an emotional statement to his fans.

Joan, who sings in both Spanish and Catalan, is one of the country’s most beloved performers.

The star, born in Barcelona in 1943, will step down from touring after playing his final farewell shows next year.

The world tour will kick off in New York City on April 27 2022 and end on December 23 in his hometown of Barcelona, just days before his 79th birthday.

Singer-songwriter Joan, whose career spans more than 50 years, is best known for his songs La Paloma, Lucia and Mediterraneano.

Joan, who has released more than 30 studio albums, called his farewell tour ‘a personal goodbye to his fans with whom has shared life and songs for more than half a century’.