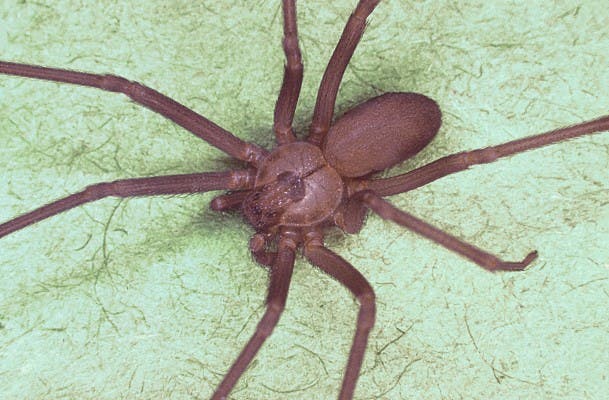 A BRITISH teenager is facing the amputation of at least two of his fingers from right hand after being bitten by a spider while on holiday in Ibiza.

The unnamed 19-year-old has been told by doctors on his return home that they will likely have to remove two of his fingers as a result of the infection.

The man underwent tests at a hospital on the Balearic Island before flying home to Wales.

A photograph of his hand with swollen purple fingers was published in the Diario de Ibiza newspaper on Monday.

The teenager recalled being bitten by something as he watched the sunset from the beach in the resort of San Antonio on the west of the island.

“I sat on some steps and felt something and stung me but I didn’t think anything of it,” he told the newspaper.

“I awoke at 5am the next morning to find my hand was burning and was swelling up.”

He sought medical treatment at the local health centre who gave him an injection but his condition worsened and he was sent to Can Misses Hospital.

“I started to panic because my hands were turning more and more purple and the doctors told me they had never seen anything like it,” he said

Blood tests determined that he had been bitten by a recluse spider, Loxosceles rufescens, also known as violin spiders due to the markings on their back.

These are fairly common arachnids found across  the Mediterranean region as well as the British Isles and although the spiders are known for their powerful poison they are also said to be shy and nonaggressive and bite cases in humans are rare.

The spiders favour living in dark corners and bites usually occur when the creatures are disturbed by hands reaching under furniture or into boxes or dark cupboards.

Bites from the spiders often result in a pimple-like swelling, although the worst ones can lead to large lesions where surrounding tissue dies and in very rare cases cause gangrene.