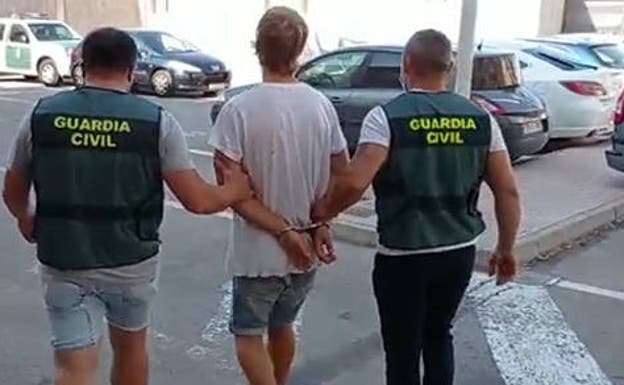 A noisy Torrevieja burglar woke up a woman in her bedroom and gave her a smile before running away.

A 20-year-man has been arrested by the Guardia Civil over five overnight break-ins in the city since late July.

The Ukrainian national committed similar robberies in Alicante and was jailed after his latest court appearance.

His latest crimes produced plenty of eye-witnesses that allowed the Guardia to identify him.

In one case, an elderly lady heard a noise in her bedroom and thought it was her son.

She spotted the burglar crouching by the foot of her bed after unplugging her mobile phone that was charging up overnight.

The phone lit up and she saw him smiling at her before he escaped via a low balcony.

In another incident, a barking dog alerted the home owner that something was amiss.

The thief got into his dining room and the owner fought him off.

He escaped by leaping five metres off the balcony.

He had just come from robbing a neighbouring property but he woke up and confronted a family, including a five-year-old child.