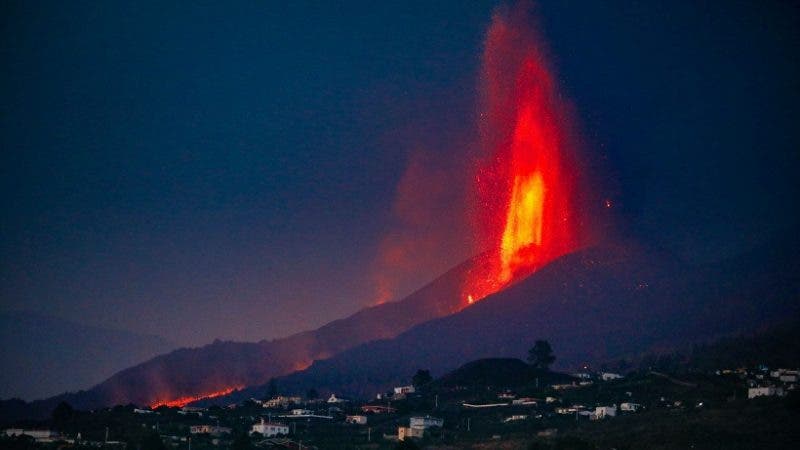 A SERIES of over one hundred earthquakes shook the island of La Palma on Wednesday, November 17, causing concerns among residents of possible further evacuations.

Eruptions from the Cumbre Vieja volcano have continued for 59 days. However, scientists are closely monitoring another parameter, the volcanic tremors, which they say is worrying because there has been a rebound of activity in recent days. This is making scientists cast doubt over a possible end to volcanic eruptions in the very near future. They now believe that there may be more magma on the way due to this rebound in seismicity.

The technical director of Pevolca, Miguel Ángel Morcuende, gave an update on the volcanic activity on La Palma at a press conference Tuesday, November 16. The indications from the eruption show a downward trend in activity with decreasing sulfur dioxide (SO2) emissions and more stable seismic activity. However, he warned that there is no end to the eruption on the horizon short-term with the volcano continuing its Stombolian-type ejections of lava.

The recent improvement in air quality has allowed the resumption of face-to-face classes, after having been suspended for a day in five municipalities of the Aridane Valley  (Tijarafe, Tazacorte, Puntagorda, El Paso and Los Llanos).

Lava from the Cumbre Vieja volcano has already affected more than 1,000 hectares on the island. It has destroyed more than 2,600 buildings, according to data from the European satellite program Copernicus, since it erupted on September 19. In addition, it has formed a strip of more than 41 hectares of lava that continues to grow, fed by three flows.

More than 7,000 people have had to be evicted since the beginning of the eruptions. The volcano claimed its first human victim on Monday, November 15. The 70-year-old man died while cleaning volcanic ash from the roof of a house in the El Corazoncillo neighbourhood.

An autopsy has not allowed an accurate diagnosis of the cause of his death, reported the Superior Court of Justice of the Canary Islands (TSJC).