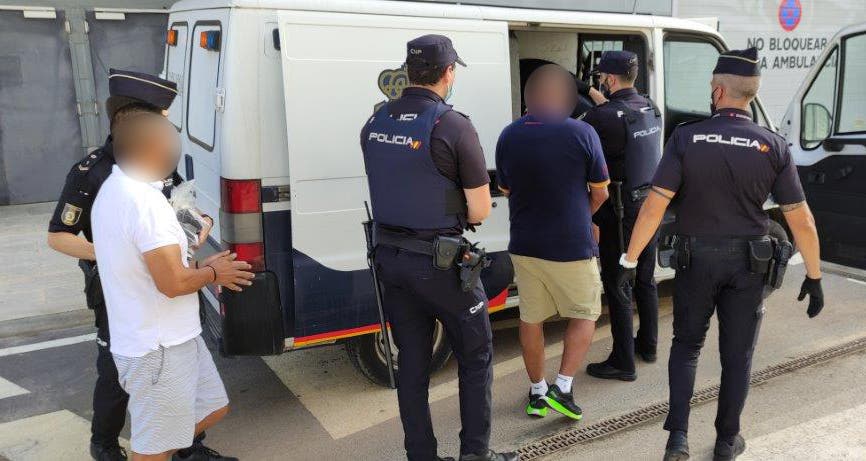 TOURISTS picking up hire cars at Alicante-Elche airport were robbed by three men in a series of distraction thefts.

The Policia Nacional said that potential victims were chosen when they walked out of the terminal building.

They were followed to car parks where their rental vehicles were waiting for them.

The men, aged in their 50s, would distract their targets to steal items from bags and cases.

Some of the tourists were not aware for some minutes that they’d been robbed.

The thieves were conscious of security cameras and wore caps and clothing to make identification difficult.

They were caught by police officers in a special operation as they were about to rob their latest victim.