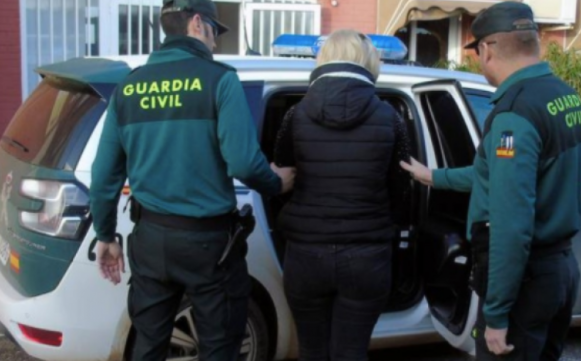 A BRITISH fugitive wanted in connection with manslaughter is facing extradition from Spain after ten years on the run.

Officers captured Alison Gracey in Bizkaia in the Basque Country in April shortly after she appeared on US television program ‘America’s Most Wanted’.

The 54-year-old and her partner Christopher Jones have been hiding from police who suspect the pair were involved in the shocking death of an American tourist in Florida in 2011.

The couple has been on the run following the tragic drowing of 36-year-old Aimee Rhoads, who was killed when their diving boat capsized.

Jones and Gracey were the operators of Key Largo Scuba Shack, running diving trips from the “Get Wet” commercial dive charter boat. Rhoads, from Washington state, was visiting Florida on a scuba-diving holiday.

The boat sank on December 18, 2011, killing Rhoads and injuring others. The U.S. Justice Department said that the “alleged unlawful and careless manner in which the defendants operated the boat caused the death of an individual scuba diver.”

Gracey denied any wrongdoing before the Spanish court, saying that she did not want to be handed over to U.S. officials “because we don’t believe we are guilty. We believe we are innocent.”

The extradition proceedings are being handled separately for Jones, who has also been in custody since the couple’s arrest in April. He and Gracey are also accused of making false statements to the U.S. Coast Guard about the ownership of the boat.

Gracey and Jones were not in the USA at the time of Rhoads’ death. They were arrested on the Caribbean island of St. Maarten in 2015, but they eluded extradition when they fled the Dutch island.