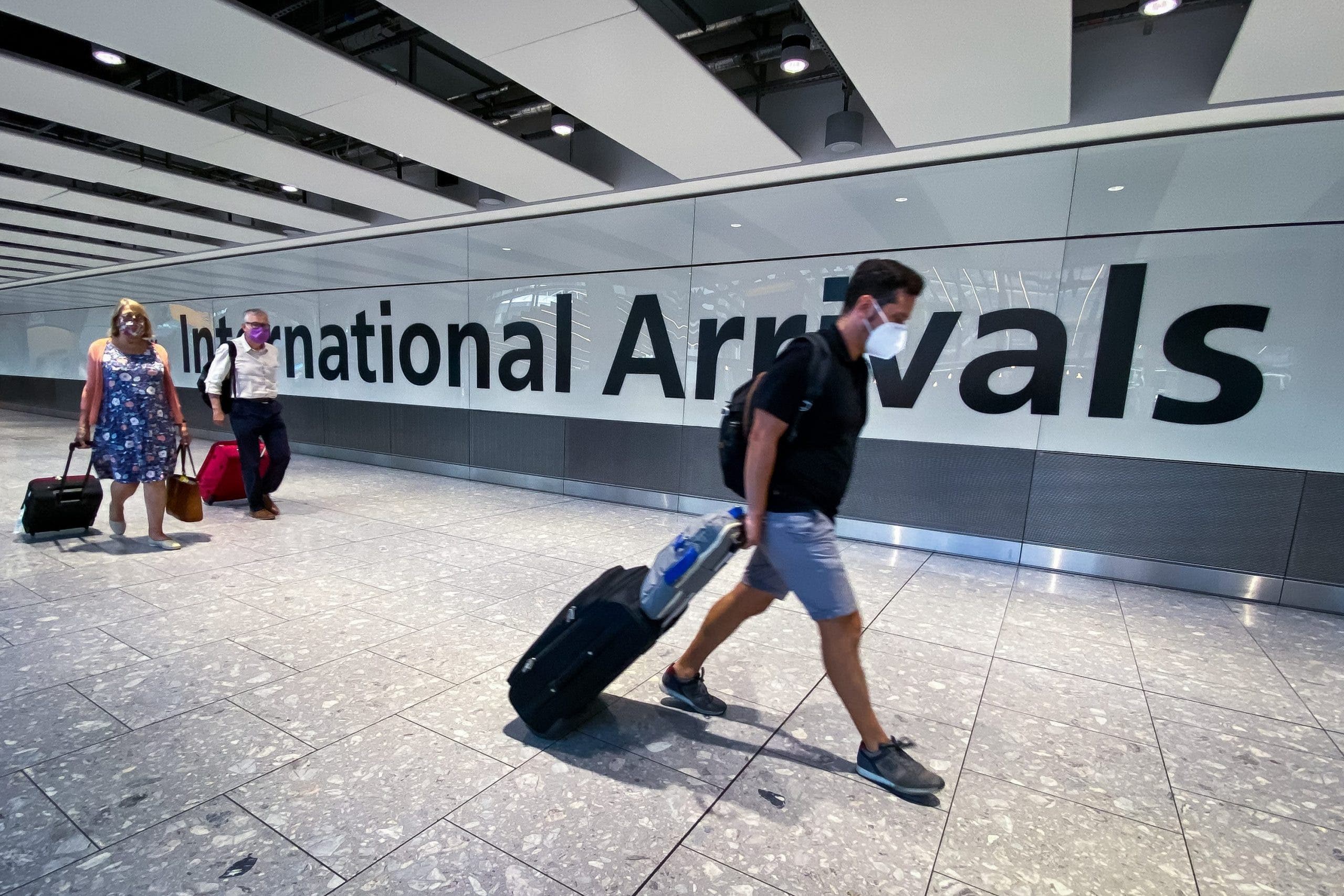 UK plans for an ‘amber watchlist’ have been abandoned, just days before an update on which countries stand where in the traffic-light travel system.

Meanwhile a letter sent by tour operators and airlines to Boris Johnson has called for a simple scheme where fully-jabbed travellers can go anywhere and return without quarantine restrictions so long as they have a negative PCR test.

The next ‘traffic light’ revision is expected this Thursday(August 5).

The revolt over the ‘amber watchlist’ was led by Chancellor Rishi Sunak who was allegedly concerned that the system was getting too complicated and that Brits could lose out on summer foreign holidays.

There was also speculation that tourist countries like Spain and Italy could have been placed in the ‘amber watchlist’ category because of their high COVID-19 infection rates.

That meant a risk of those countries being moved onto the red list resulting in expensive mandatory hotel quarantines for people returning home..

Reports suggest that the UK government will scrap the ‘amber plus'(which has France on it) and ‘green watchlist’ categories in a belated attempt to simply their travel rules.

Critics say that the travel industry is losing out badly because potential foreign holidaymakers do not know where they stand.

In a round of media interviews this morning(August 3), Government skills minister, Gillian Keegan, said: “We have explored and looked at all options. The most important thing is that the system is actually simple enough for people to understand.”

The ‘Save Our Summer’ group, consisting of airlines and tour operators, has written to Boris Johnson calling for such a ‘simple’ system.

They essentially want fully-vaccinated people to be allowed to travel to any country that permits entry and to take a pre-departure PCR test before their return home.