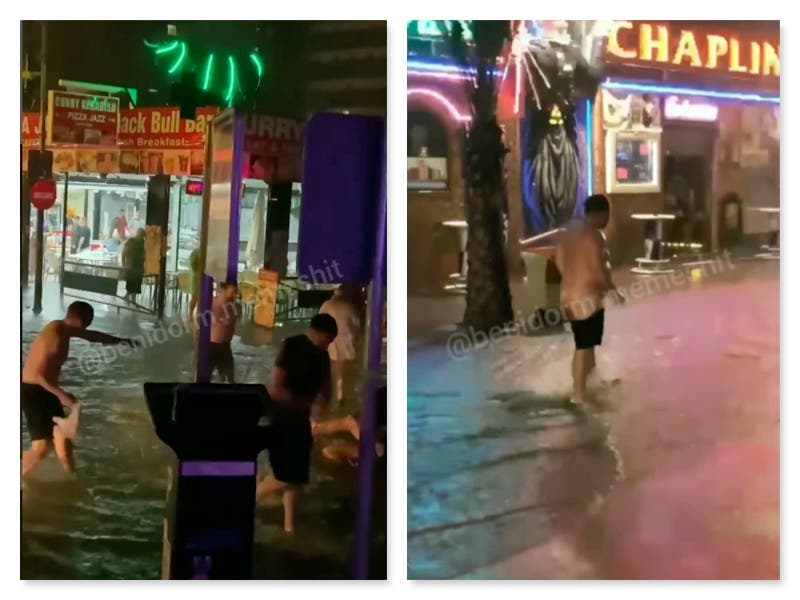 FLOODING which hit Benidorm may have been serious to most – but for some Brit tourists it was an opportunity for some naked fun.

In a video posted online by Benidorm.MemeSh*t a group of British lads are filmed throwing water at each other.

In another, a young man lies face down on the ground pretending that he is swimming.

And in a third a man is stark naked rolling in a giant puddle.

Several Instagram users have criticised the attitude of the tourists because they could have been injured.

One woman wrote on instagram; “I am sure that they would not do that in their country.”

But not everything was fun on the night of September 18.  Alicante provincial firefighters carried out 32 interventions due to the heavy rain.

Benidorm registered last night between 2am  and 3am one of the rainiest days in recent years – accumulating up to 91 liters per square metre.