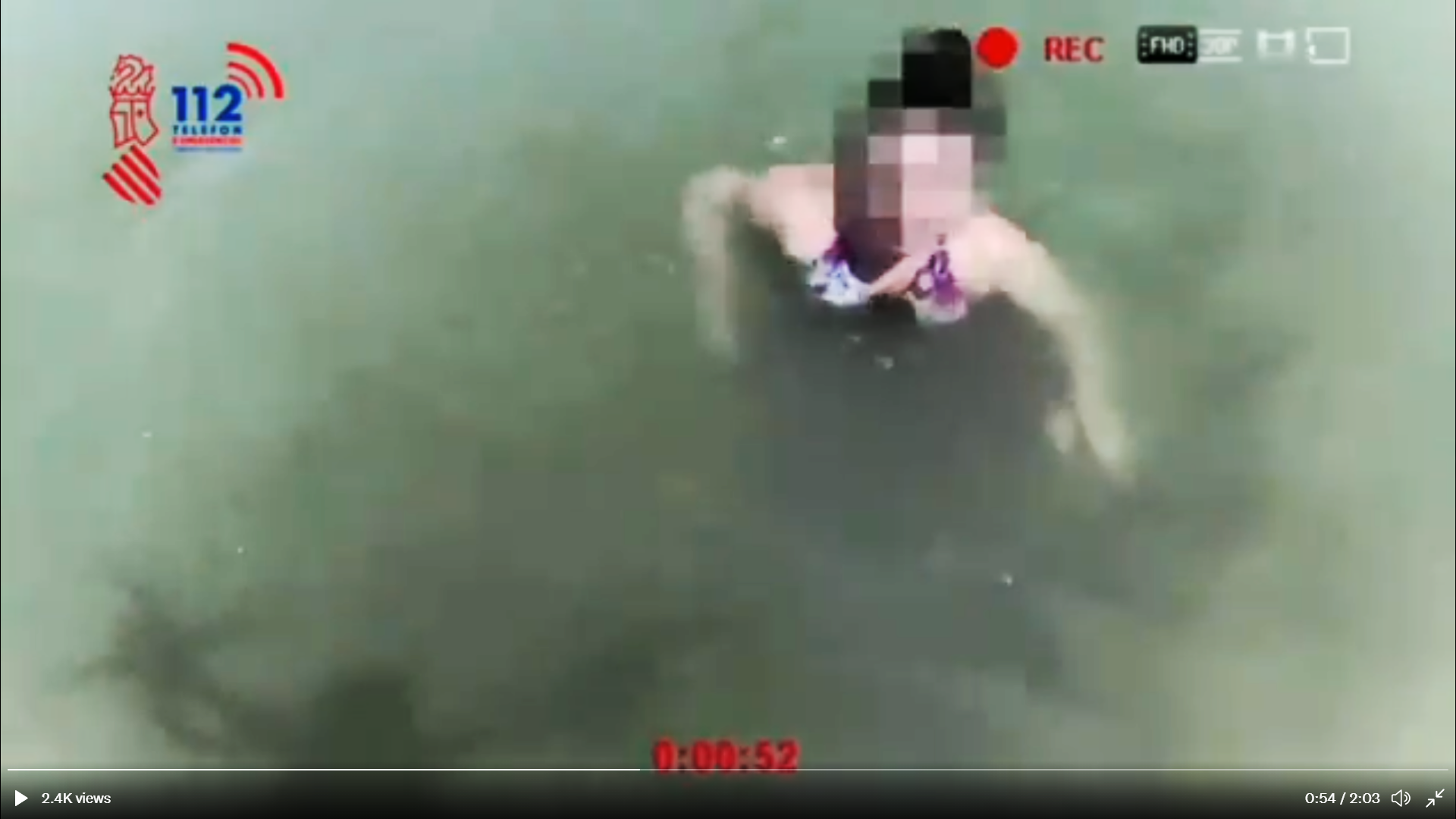 DRAMATIC footage of drones saving women from drowning on Costa Blanca beaches has been released.

Both flying robots were launched from the shore, with life-jackets attached.

The first woman was said to be about 150 metres out to sea at Guardamar del Segura, despite a yellow flag being hoisted that morning due to strong currents.

Emergency services were notified at 1.30pm and the Spanish Red Cross jumped into action.

While they were preparing to rescue the woman, their drone was immediately deployed to fly over to where she was struggling.

The attached life jacket was dropped into the sea, to ease the woman’s plight while the red Cross were making their way.

Guardamar del Segura was one of the ten coastal cities in the Valencian region that had a pilot program using drones, as part of the “Stop drowning” campaign.

At 3pm the same afternoon, drones were deployed at Cullera beach, 65km north of Denia, where two people had to be rescued some 100 metres from the shore, despite yellow flags flying.

Rescue services have asked that bathers follow the instructions of the staff and take all precautions in situations where signs indicate danger at sea.

You can see the footage from both rescues below.