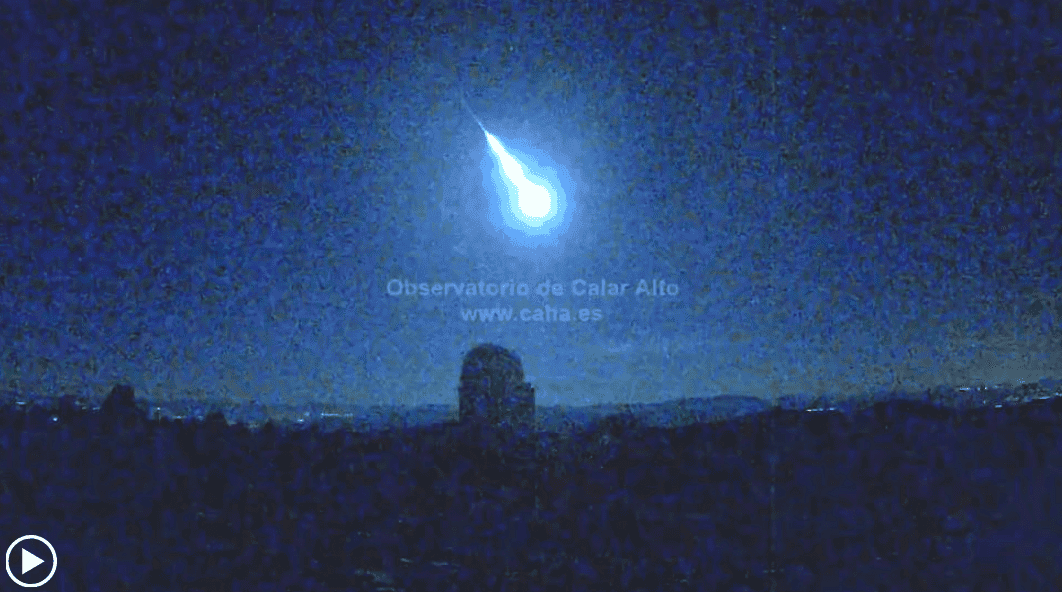 THE Calar Alto observatory in Almeria has captured two bright fireballs in the sky soaring over Andalucia and Castilla-La Mancha.

Footage shows one of the dazzling meteors crossing the sky above Andalucia and Castilla-La Mancha at an impressive 212,000 kilometres per hour.

Some 90 minutes later another impressive Perseid fireball was sighted by the same SMART project detectors, although the path of this second fireball has not yet been determined, it is known, however, that its trajectory was made at an equally impressive speed of 210,000 kilometres per hour.

The detectors of the SMART project operate within the scope of the Meteorological and Earth Observation Network of Southwest Europe (SWEMN), which aims to continuously monitor the sky, in order to record and study the impact on the terrestrial atmosphere of rocks from different objects in the Solar System.

The observation follows a similar sighting by the SMART project detectors in June, when a spectacular, slow motion fireball was spotted gliding over the south of Spain at 50,000 kilometres per hour, which allowed many people to see it in detail.