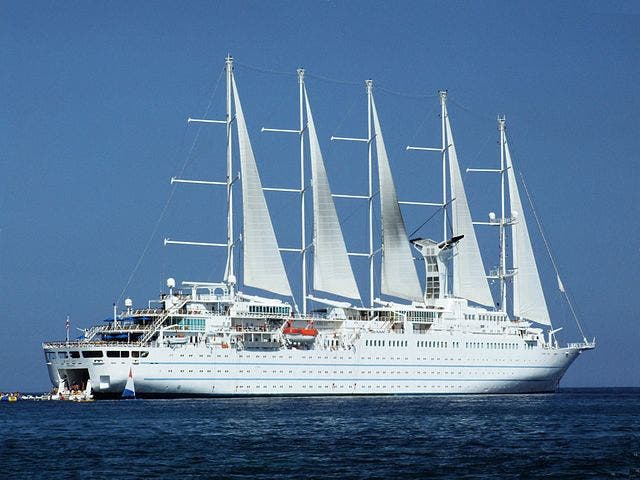 THE largest sailing ship in the world, the Wind Surf, is due to dock today at Malaga Port.

This spectacular, 187-metre long, sailing ship, considered one of the largest in the world in its category, and can carry 312 passengers, is back in Action for Windstar Cruises in Spain.

The five-masted ship departed from Barcelona on August 8 for an eight-day voyage called ‘Spanish Symphony’ to Lisbon, stopping at ports including Palma de Mallorca, Cartagena, Almeria, Malaga, Gibraltar, and Cadiz.

The sailboat will glide majestically into Malaga port during the early hours of this Thursday morning, with her tall sails billowing.

The Windstar Cruise ship, with 93 passengers on board, has been assigned a berth at dock number two, a berth that has not been used since 9 January.

All yachts under the Windstar flag are sailing with vaccinated guests and crew amongst a host of health and safety precautions including testing, social distancing, masks and high-tech air filtration.

The Malaga stopover will last between 9:00am and midnight and will be followed by two more berths of the Wind Surf on August 20 and November 5.

A varied programme of activities on land, in bubble groups following all the COVID-19 protocols imposed by the port, will be on offer for all the passengers.

Other programmed stopovers by Windstar Cruises include three berths of the Star Legend on August 21, October 3 and November 14, plus the visit of the Wind Star on November 5, coinciding with the Wind Surf.